The City of Chicago filed the construction permit back in June, and Summit Design + Build has been on the job ever since, with work having now reached the third floor.

There are lots of great construction photos over on 851 West’s Facebook page. 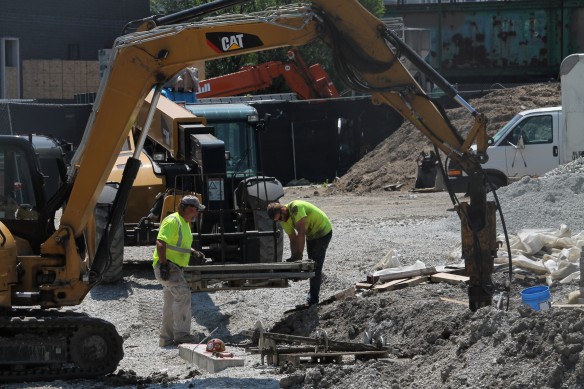 With a building permit in hand, look for more than two people working on 851 West Grand very soon.

There’s a new building permit on file with the city of Chicago for the site located at 851 West Grand Avenue in River West.

Monroe Residential Partners broke ground for the FitzGerald Associates Architects design back in May. There have been something called “reaction piers” installed on the site, according to a FitzGerald Facebook post, but other than that, 851 West Grand has been a relatively quiet lot since.

Not anymore. Expect lots of action now that a permit is on file with the City of Chicago. Summit Design + Build is the general contractor tasked with erecting the 6-story, 36-unit apartment building. Monroe plans like to have 851 West Grand ready before the 2017 is out. 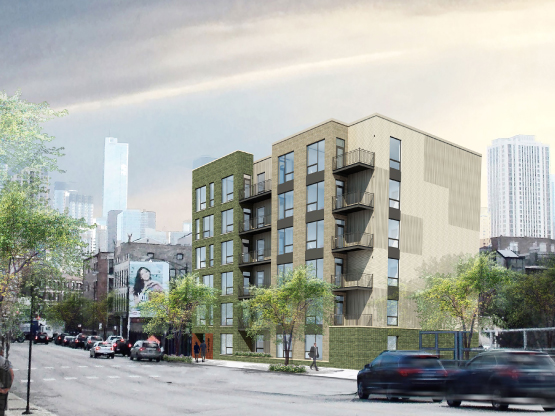 A rendering of 851 West Grand from Monroe Residential Partners. 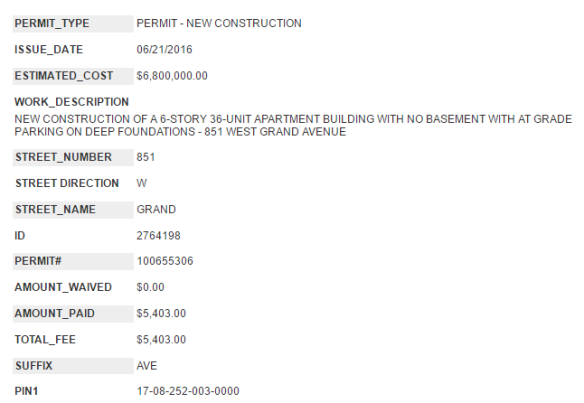 The big equipment started showing up in early June. 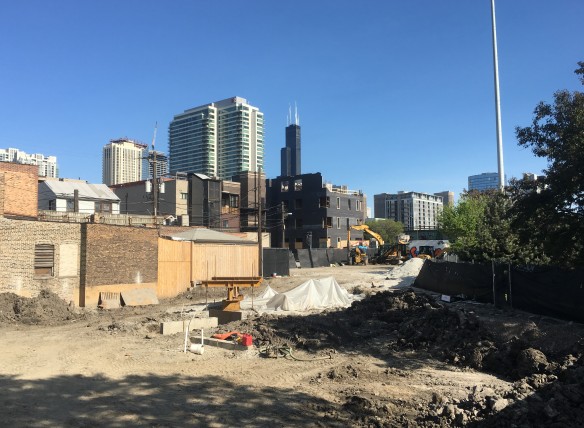 You can see those “reaction piers” just in front of the tarp. Someone smarter will have to explain what they do. Besides react.