The only problem I can find with this building is that it’s right up against another structure to the east, so you can’t walk a 360 around it.

Growth galore in River North, where Three Sixty West, the 11-story condo tower from Belgravia Realty Group, has climbed to the seventh floor.

In the GREC Architects-designed building where there will soon be 38 brand-spankin-new condominiums, Maris Construction is more than halfway up in progress at 360 West Erie Street. What that could mean is we might see glass installation beginning soon. 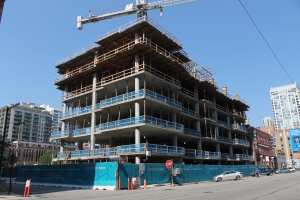 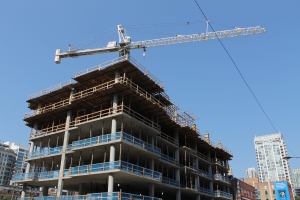 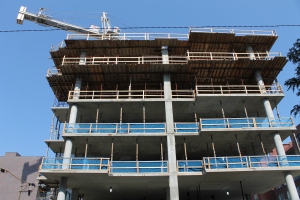 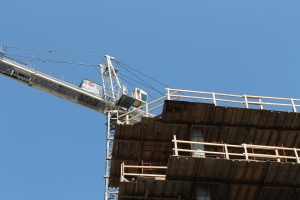 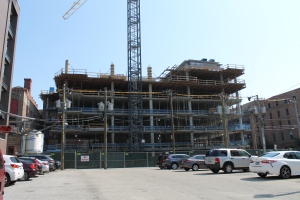 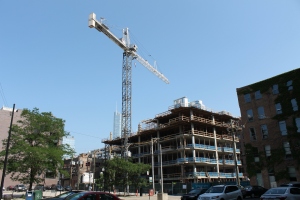 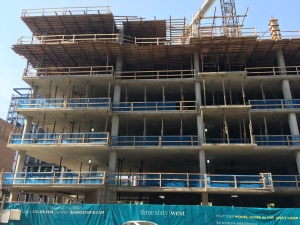 Maris Construction has one, and only one, tower crane in the skies over Chicago. And they’re making it count.

Three Sixty West, the 11-story condominium tower at 360 West Erie Street in River North from Belgravia Realty Group, has risen a floor above street level. The 38-unit, GREC Architects-designed development got its initial building permit back in November, and a tower crane permit this past January.

Those condos should be ready for move-ins early next year. 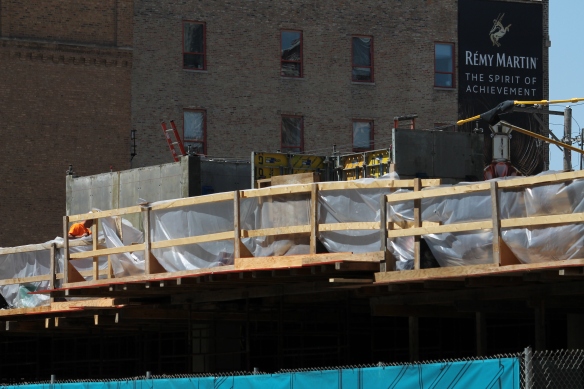 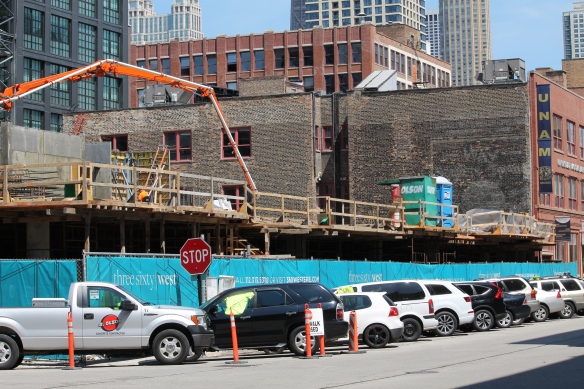 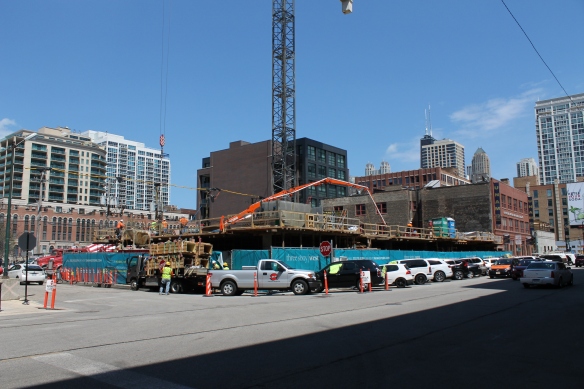 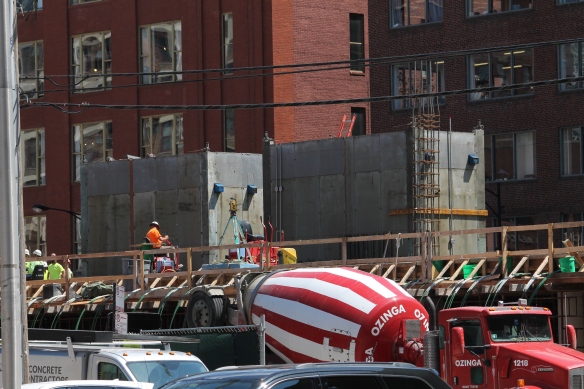 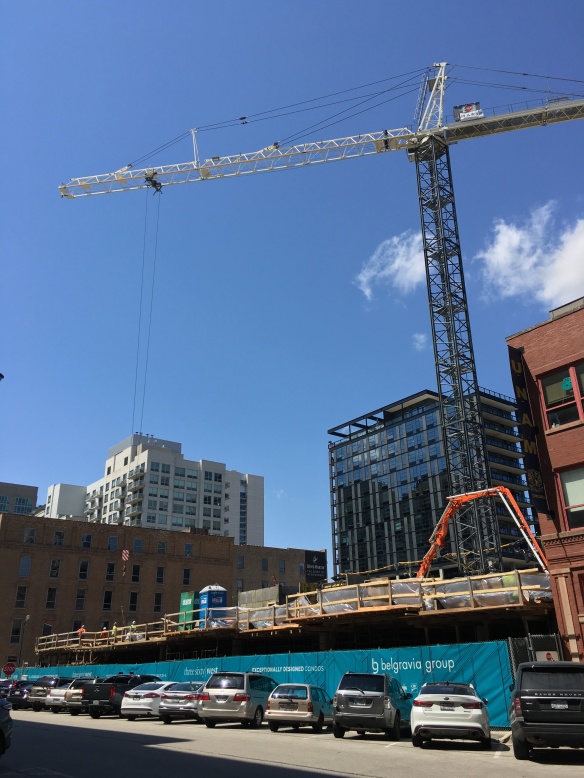 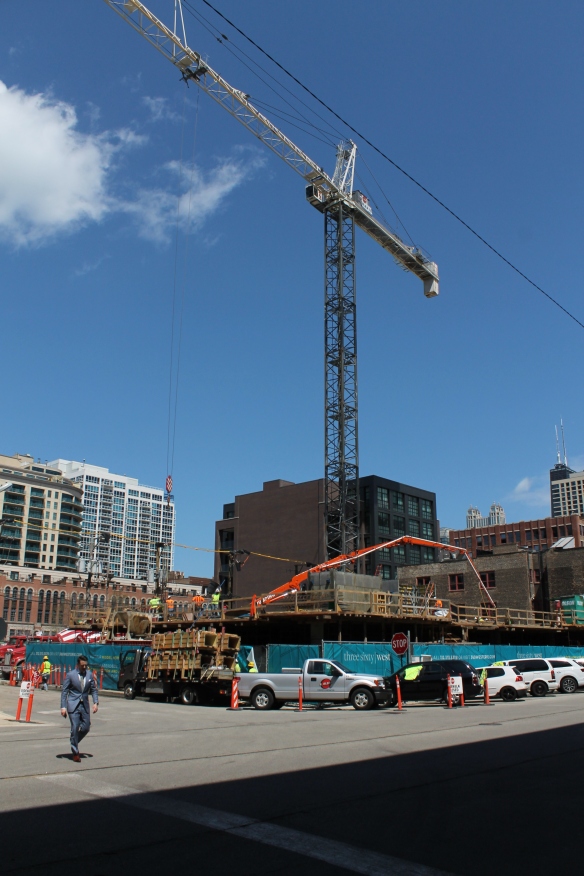 It is the absolute newest tower crane to hit the Chicago skyline, so it’s no wonder developer Belgravia Group tweeted about it last week.

Belgravia is building Three Sixty West at 360 West Erie Street in River North. Formerly the site of the impressively-decked Citizen Bar, and one of those ever-popular surface parking lots, the site will soon be home to the GREC Architects-designed 11-story, 38-unit condominium tower. Condo delivery is expected in early 2019.

Three Sixty West marks the official entry onto our Chicago Tower Crane Survey for Maris Construction. We’ve documented Maris Construction’s work on CA Washington in the West Loop, but that gig didn’t require a Big Rig. This one does, so welcome, Maris!

The Three Sixty West website has a section dedicated to Tower Crane Arrival Day. If that’s not enough to make you want to live here, you’re not living at all. 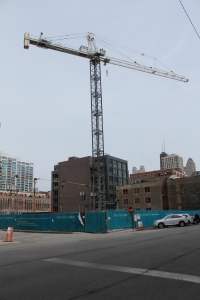 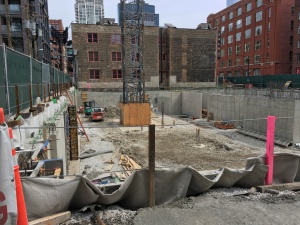 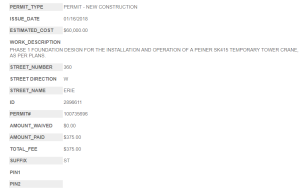 The demolition permit for the former Citizen Bar building. 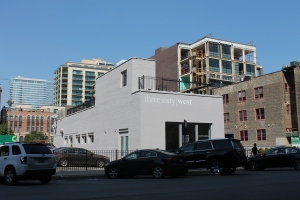 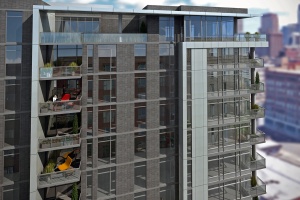 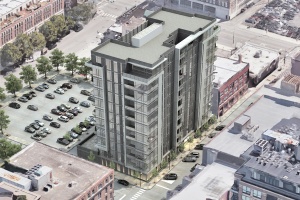 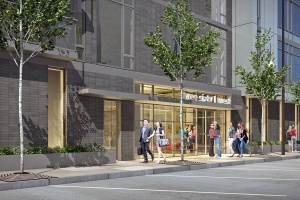 A demolition permit was issued Tuesday for the humble 2-story building at 360 West Erie in River North. Yeah, that rooftop deck is cool, but it has to go. If the address sounds familiar to you, it may be from the buzz going ’round about Three Sixty West, the new condo tower coming to the block from Belgravia Group (think Renelle on the River). Designed by GREC Architects, Three Sixty West will feature 38 condominiums in an 12-story building.

Quality Excavation will do the ripping apart of the old building; when construction time begins, Maris Construction (they’re putting the finishing touches on Belgravia’s CA Washington development) will be on the build. 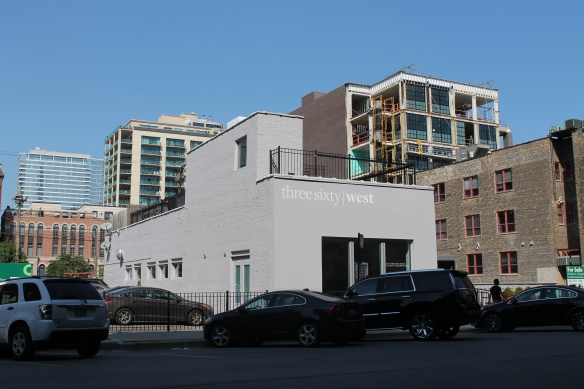