Four years ago when I last visited Milwaukee, it looked like The Couture was a good bet to be the next tower crane along Lake Michigan.

I was wrong. For the most part. Luckily I didn’t have any money on it.

There’s still no tower crane, but site prep for The Couture has begun, as crews rip out the remnants of the concrete slab that once supported the Milwaukee Transit Center, and get the site ready for foundation work.

The Couture will be a 44-story tower at Clybourn Street, Lincoln Memorial Drive, and Michigan Street. The prime site will offer sweeping views of the lake, the stellar Milwaukee Art Museum, and the annual home of Summerfest, Henry Maier Festival Park.

Early info on The Couture had it including up to 600 units (residents? residences? hmm). Recent features, including this one from Urban Milwaukee, show a much lower number, with 322 apartments and 40,000 square feet of commercial space.

Enjoying the photos? Metra and CTA rides, Zipcars, Divvy Bikes, camera lenses, and comfortable walking shoes are adding up. You can help offset expenses by making a greatly-appreciated donation to Building Up Chicago.

Signage proclaims The Couture’s arrival, as the newly-opened Northwestern Mutual Tower glimmers in the background.

Rumors are swirling around the Skyscraperpage forum that The Couture is about to begin construction on one of Milwaukee’s marquee corners.

On land that used to be the Milwaukee Transit Center, Barrett Lo Visionary Development is building the 44-story, 537-foot-tall residential tower in an ideal location between the Milwaukee Art Museum and Henry W. Maier Festival Park, home of Summerfest. Designed by the Milwaukee firm of Rinka Chung Architecture, The Couture will bring 600 new units to the lakefront location.

J.H. Findorff & Son is the general contractor. We just checked out some of their work at Marquette University, and we stayed in the newly completed Westin Milwaukee, last month. (We also profiled the Westin’s construction back in 2016.)

Curtis Waltz at Aerialscapes sent over two great overhead shots of the site from the past, when it was still the MKE Transit Center, and the site now, which is a bare concrete slab. We noticed the empty slab, and The Couture signage, back in July. Here’s hoping that tower crane will still be there during Summerfest 2018! 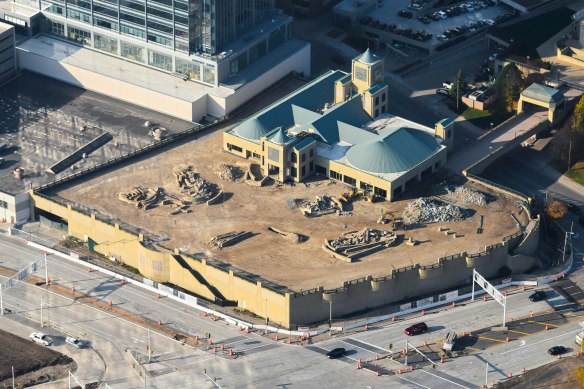 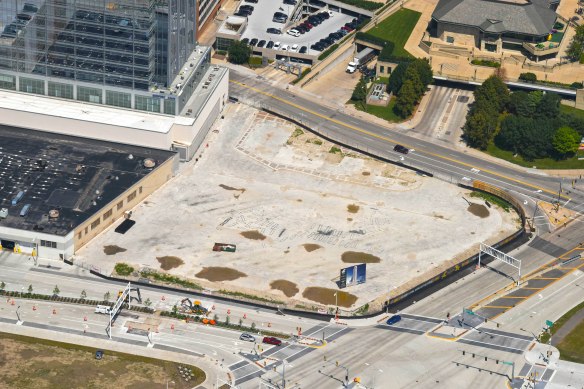 It is now a bare slab, awaiting The Couture to begin. Photo courtesy Aerialscapes. 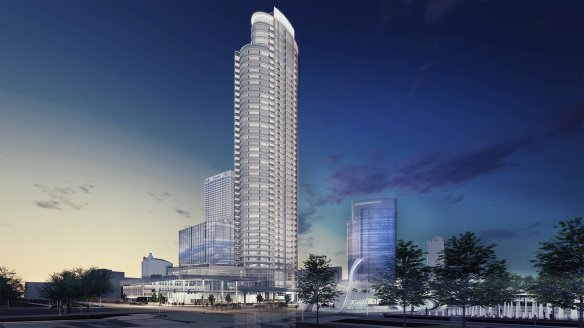 A billboard illustration of the Lakefront Gateway Project.

Signage proclaims The Couture’s arrival, as the newly-opened Northwestern Mutual Tower glimmers in the background. 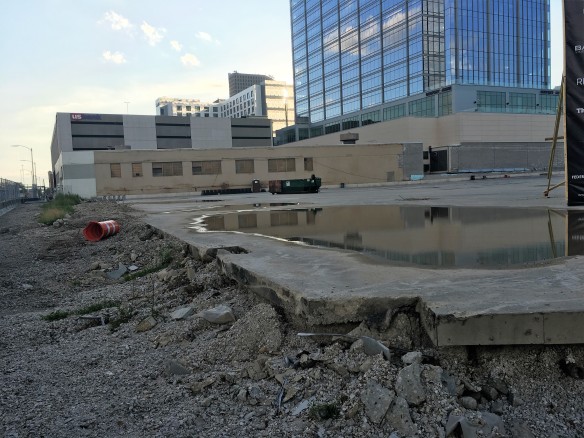 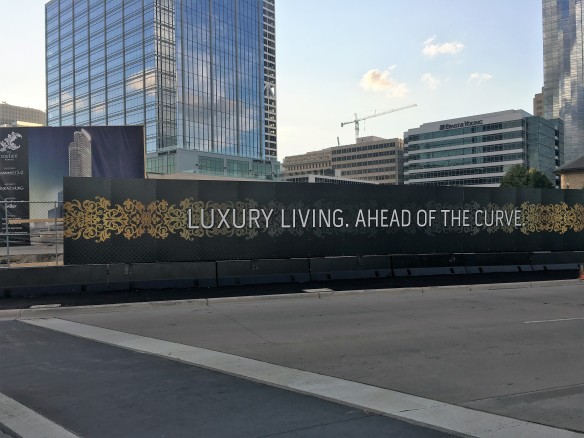