Evidence of a tower-crane jump at 465 North Park.

*** AIA Chicago is sponsoring a tour of 465 North Park this afternoon. Get on this! Deets here

It seems like only yesterday I drove from Uptown to the empty lot bounded by Illinois, North Water, and New Streets, with Park Drive on the west, planning to leave my car in the surface parking lot. Yep, that’s when I was first introduced to the Loews construction site. And now the north end of that same lot is filled in with 465 North Park.

When complete, the Pappageorge Haymes Partners-designed apartment tower will boast 444 rental units, 181 parking spaces, and nearly 12,000 square feet of retail space. Power’s been on the build here since getting a foundation permit back in July. Caisson work started that same week. A tower crane was planted, and official groundbreaking ceremonies were held, in September. The first week of October 2016 saw the tower crane assembled. And that brings us to where we are now, exactly one year into the life of 465 North Park’s tower crane. 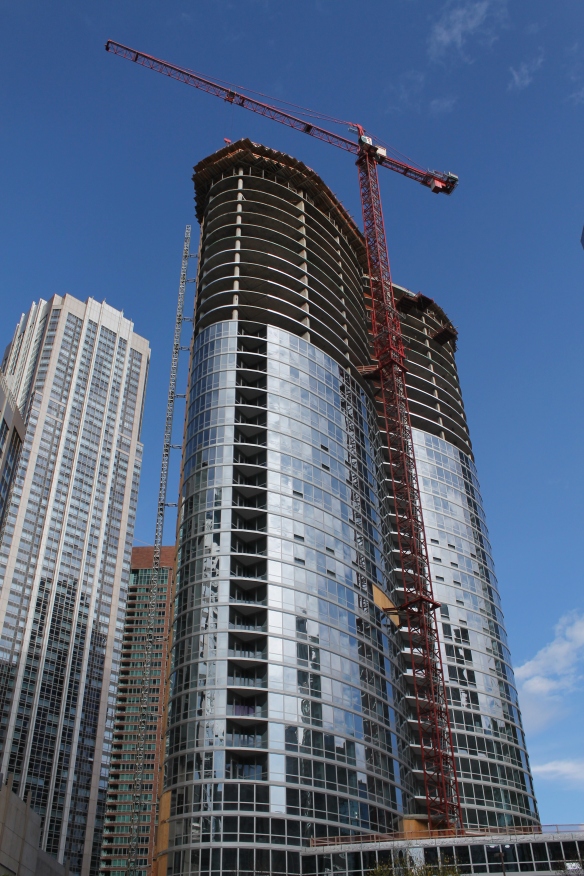 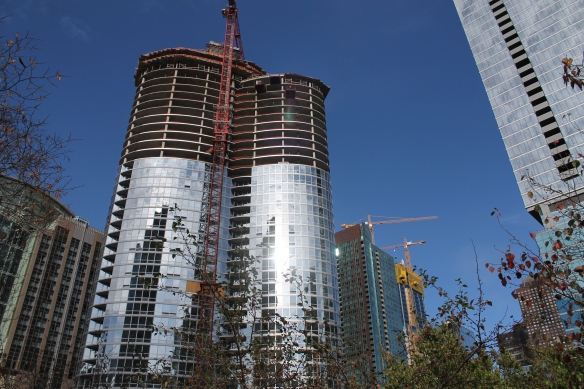 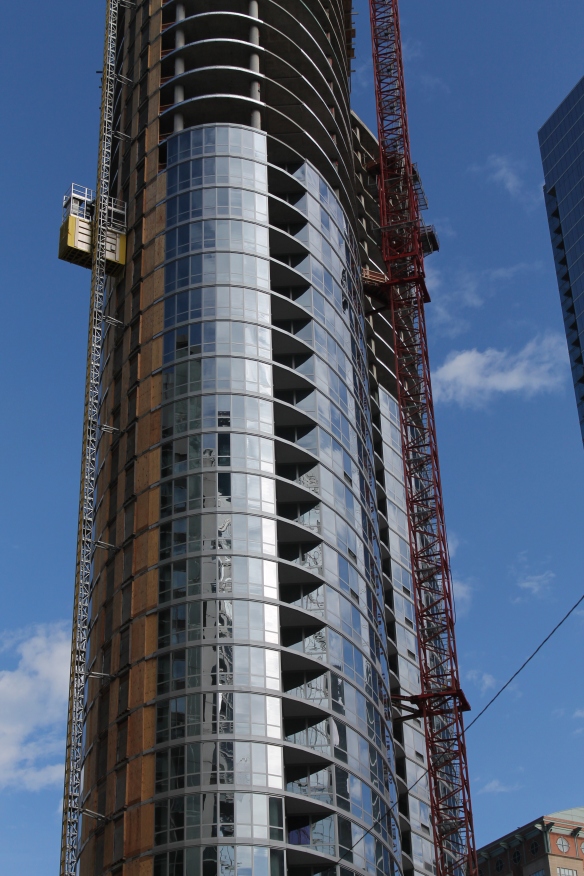 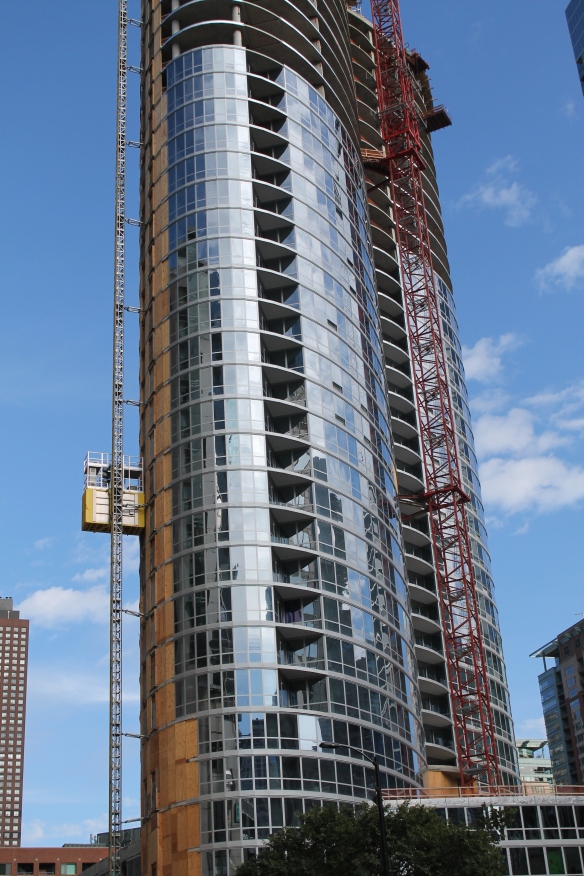