If you erect them, they will come watch. Them being tower cranes, they being I.

To be fair, and uncreepy, I was hardly the only interested party spectating at State and Huron Streets Saturday, as a crew from Morrow Equipment Company erected another of its pretty yellow cranes at the 8 East Huron construction site.

Recapping 8 East Huron, it will be a 26-story apartment tower with 105 units. CA Ventures is the developer, Valerio DeWalt Train Associates the designer, and Clark Construction he general contractor. Units are expected to be ready for occupancy in 2017.

This looks like a scene form Charlie & The Chocolate Factory to me. 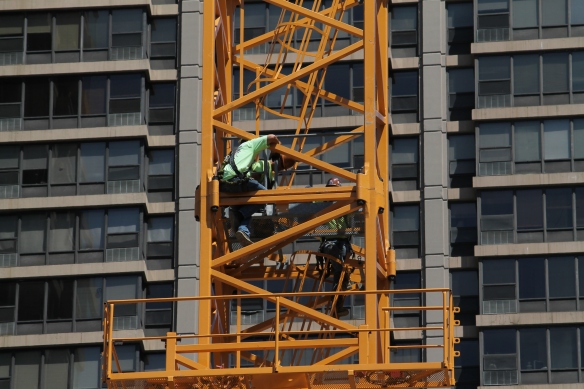 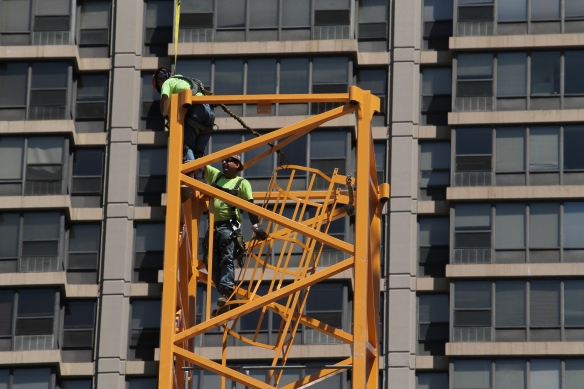 None of these men are in danger of losing their jobs to me.

East Huron was closed for the festivities, between State and Wabash. 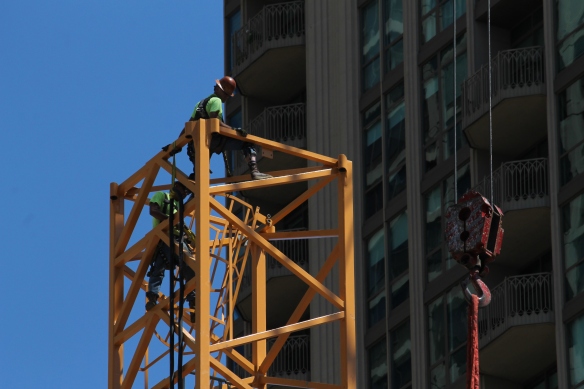 Piecing the cab together.

Lifting crane parts off a truck. 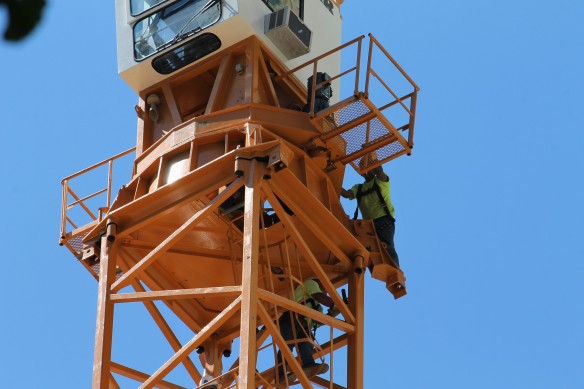 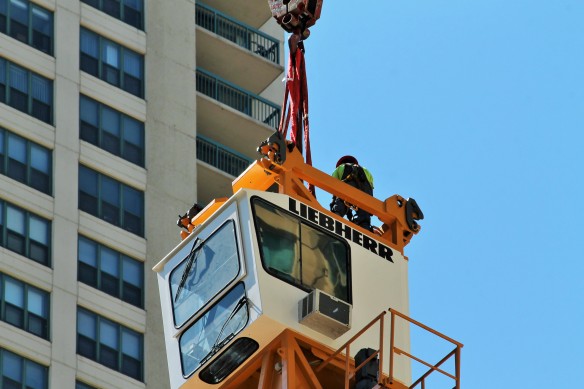 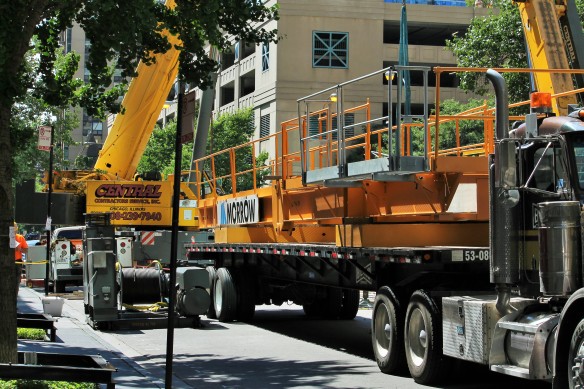 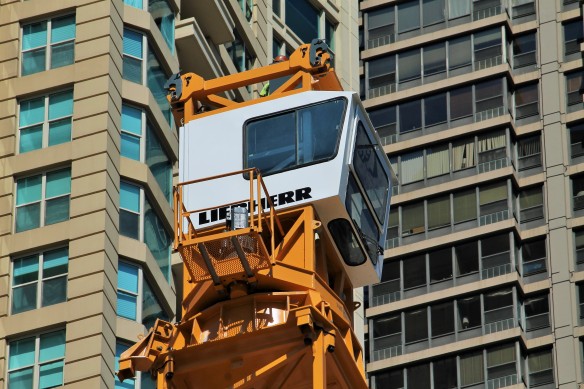 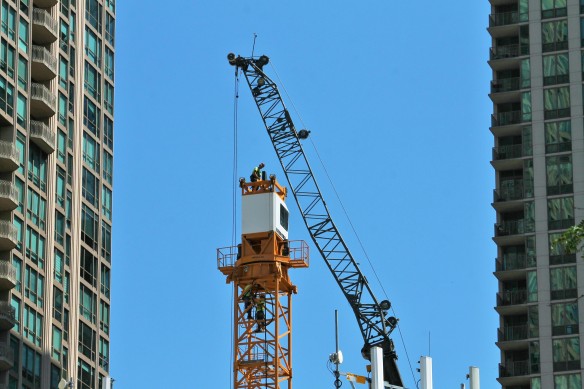 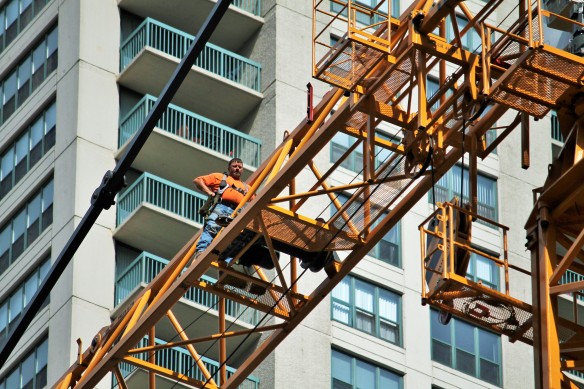 Monday morning, and the tower crane is almost ready for use. 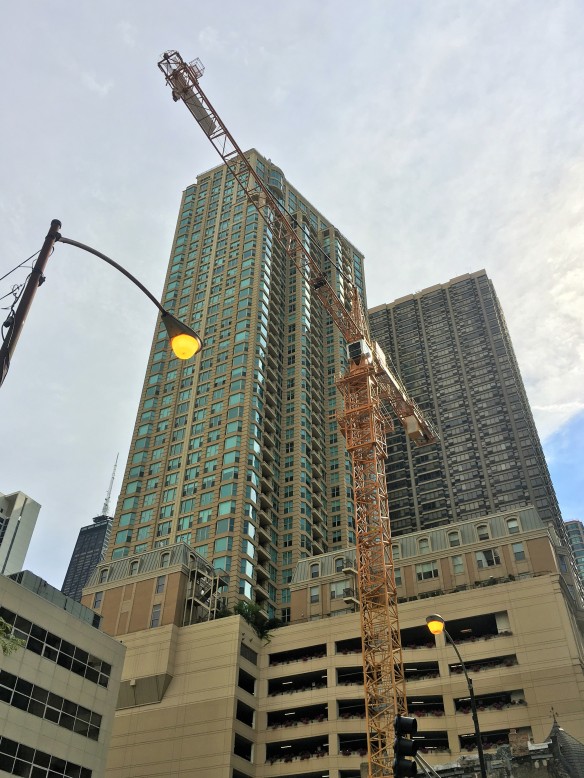