Demolition is complete at the corner of Adams and Peoria Streets in the West Loop, leaving just a silky-smooth lot with which to begin Milieu, the 275-unit apartment project from co-developers White Oak Realty Partners and Crayton Advisors.

It looks like Stalworth Underground will hit the site first, as they’re equipment is already on the lot. They’ll help take care of foundation work for GC Power Construction, tasked with sending Milieu up to its desired 19-story height. Designed by the West Loop’s own FitzGerald, Milieu brings 13,000 square fete of retail space, as well as parking spots for nearly 200 cars.

For now, Power has a permit to build up to the 5th floor. Soon they’ll get a tower crane permit as well, then the full-build will follow. Milieu is expecting a Summer 2019 opening. 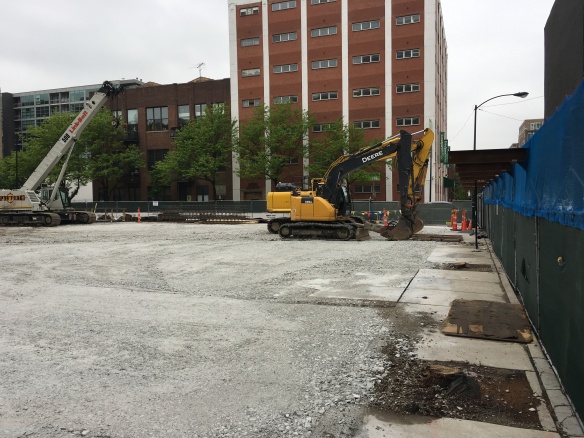 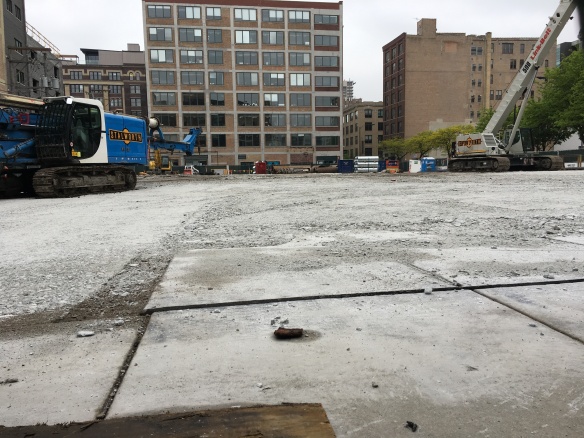 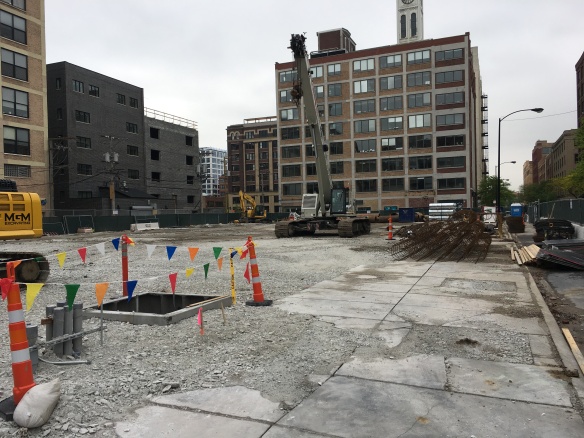 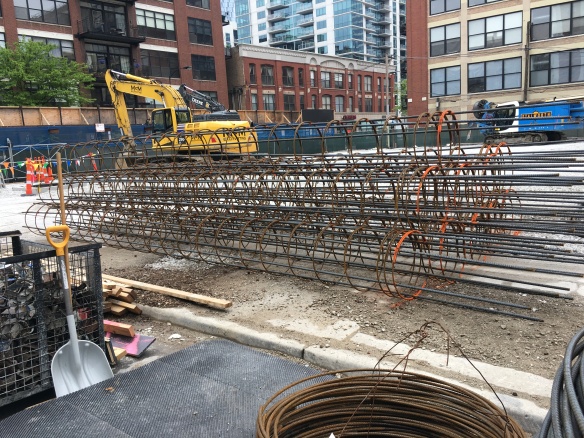 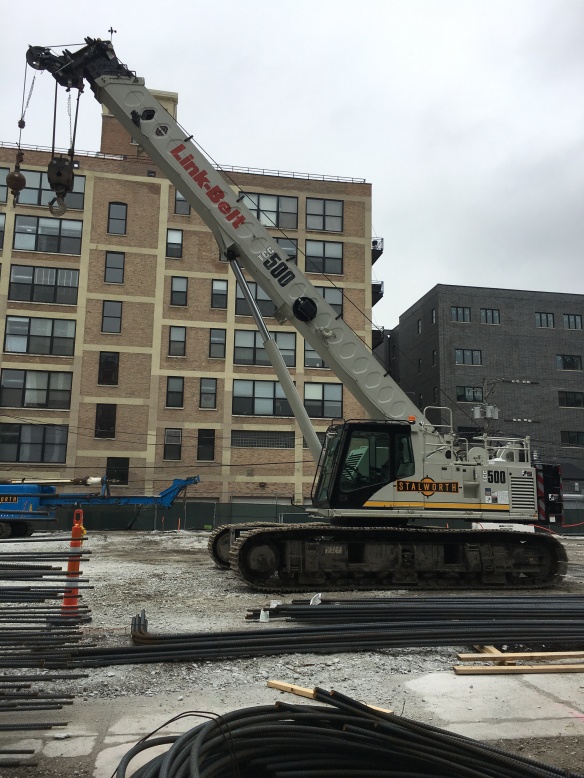 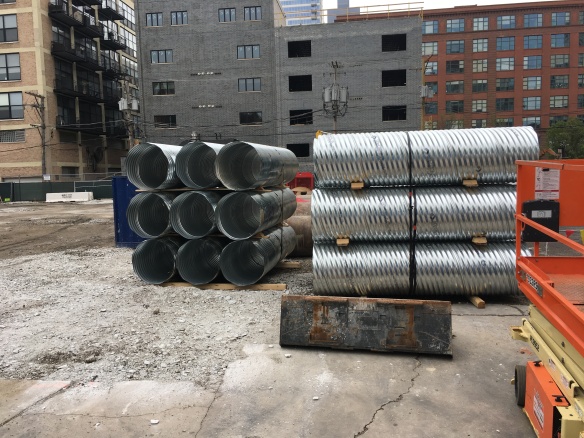 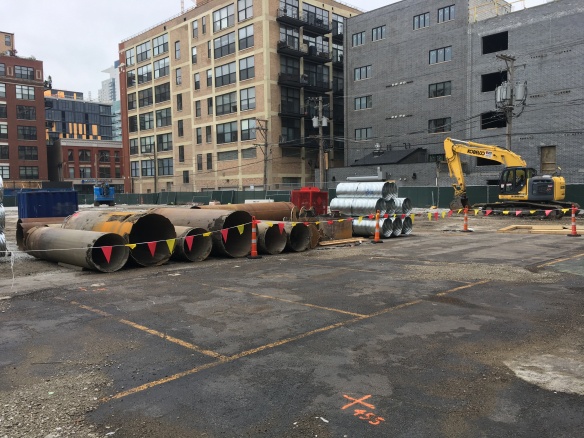 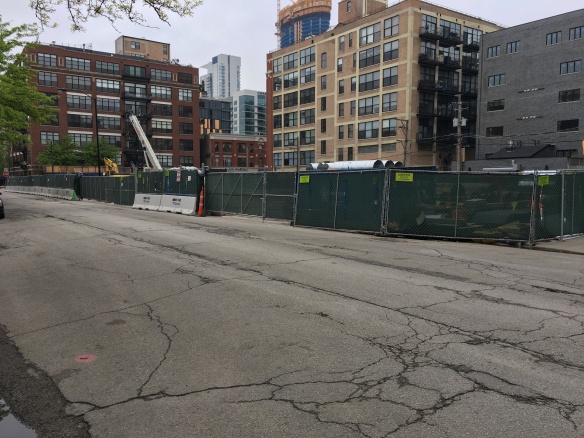