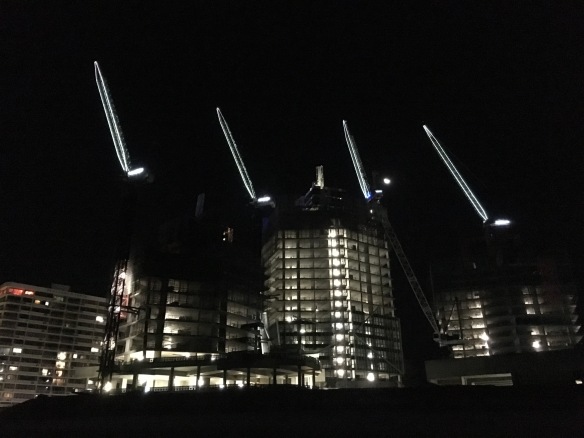 As you may have heard, my wife and I spent a couple weeks in Australia. Now that we’re back home in Chicago’s weather instead, it’s time to get myself organized and figure out what to do with the hundreds and hundreds of photos I took. By my last count, I have about 75 files (more than 30 just in Melbourne!) of pictures for different construction sites and buildings. (Yes, two of those files are “Sydney Opera House” and “Sydney Harbour Bridge.” You can’t help it when you’re there.)

I don’t know how many of those files will be shared here on the blog — I’ve only posted about two of them so far, both in Melbourne — but right now the odds are about 50/50 that I post either all of them, or none of them. The big questions are, which sites are most entertaining to see? and in what order do I post?

I was going to try to build up some sort of crescendo, start you out slow, then hit you with the coolest, most sensational posts. But no, I’ve decided to get right to the good stuff.

Along Surfers Paradise Beach in the coastal city of Gold Coast, Queensland, Australia, Multiplex is erecting the three-tower Jewel Gold Coast. Chicago has had its own Tower of Jewel project recently, the just-completed Sinclair apartment building at Clark and Division, which also happens to be in Gold Coast, this one being north of the equator. Jewel Gold Coast is a little different. And brighter at night.

Jewel Gold Coast is a joint project from developers Wanda Group and RDG. Both firms are from China. And yes, Wanda Group is part of the development team for Vista Tower in Chicago, which, like Jewel Gold Coast, will include a Wanda Vista Hotel. The design is by DBI Design, which has an office in Gold Coast, hence I would like to work there. (Gold Coast is a spectacular beach city. Go visit.) There will be 171 hotel rooms, 512 apartments, and 816 parking spots, with lots of commercial space thrown in for good measure. And good tourists. According to the Gold Coast Bulletin, the three towers will be 36, 41, and 47 stories high, respectively.

As I’ve mentioned, Multiplex, busy throughout Australia, is the builder. And the lighter of tower cranes. Four of Multiplex’s five cranes (they all have names; I’ll get to that another day) are lit up at night, like light sabers guarding the coastline. And those are what I’ve chosen to show you first, from our walk along the beach on the final night of our Australia trip. Enjoy. Sorry I didn’t have a tripod for these. 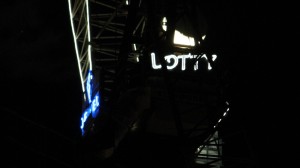 I was trying to get that blue “Jewel” logo. Meet Lotty, everyone. 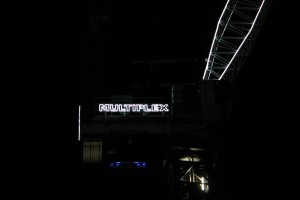 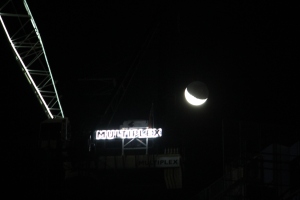 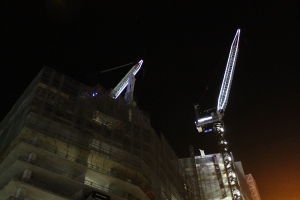 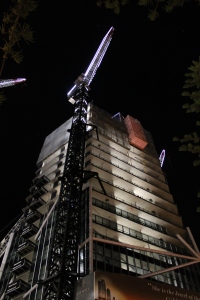 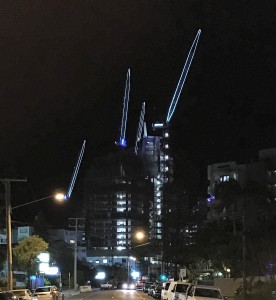 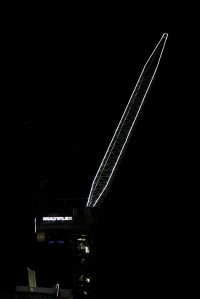 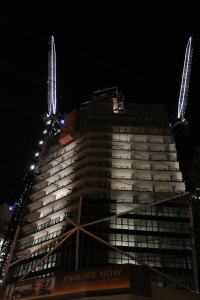 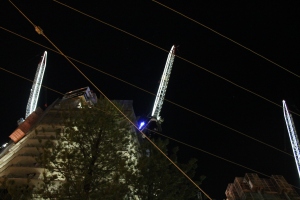 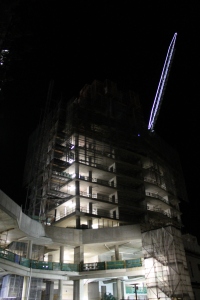 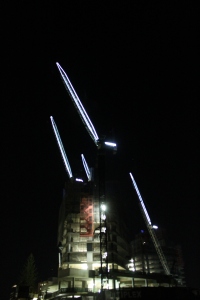 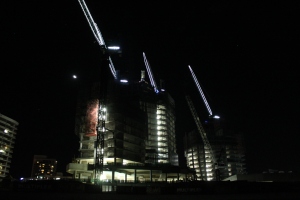 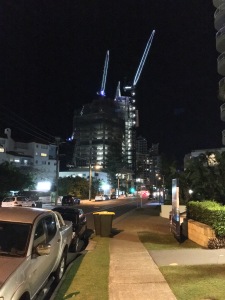 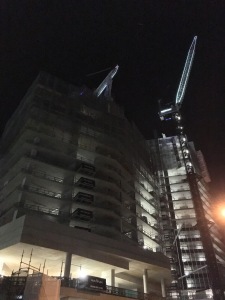 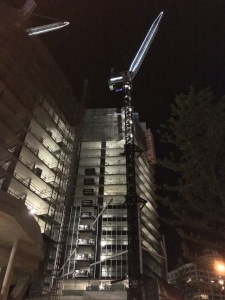 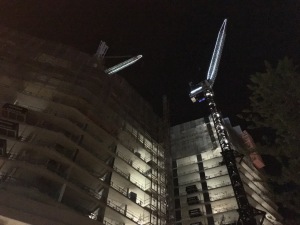 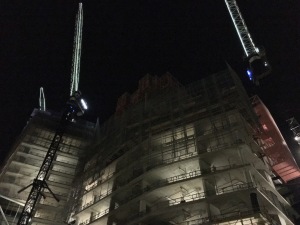 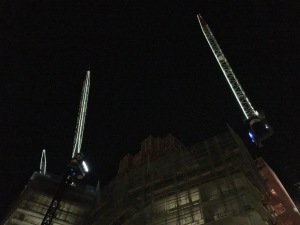 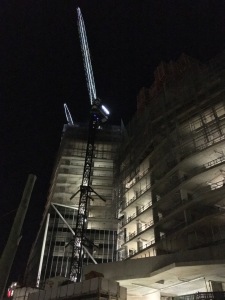 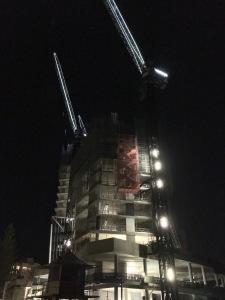 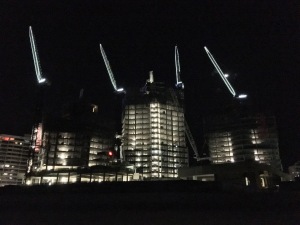 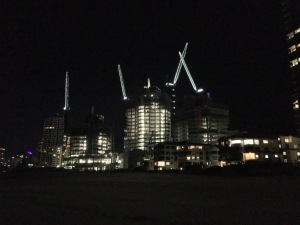