150 North Riverside is the first construction project that caught, and kept, my attention. I wandered past it daily when it was still a figment of someone’s imagination, curious about the oil-drilling-rig-looking thing sitting in an empty lot along the Chicago River. Of course, I’d learn later that I was looking at a soil-sampling rig, but that had no significance to me at the time.

Shortly after construction started, some genius in Public Relations came up with a fool-proof way to garner publicity; crews excavating soil form the site sank a barge. Sure, it *looked* like an accident, but suddenly 150 North Riverside was thrust into the spotlight. And there it remained, though it didn’t hurt bringing in a giant red floating crane to erect steel trusses that stopped pedestrian traffic on the Randolph Street Bridge.

That was 28 months ago. And now, on Monday, February 13, 2017, 150 North Riverside opens its doors to office workers. Had I not dropped a hard drive on the ground and lost them, I could show you at least 1,000 photos I’ve taken of this beauty in the last 2+ years. Instead, have a look at a select few along the way. Then, make sure you stop by the tower and check out the media stream.

150 North Riverside along the way 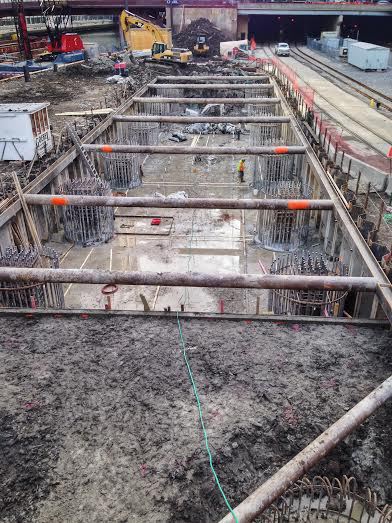 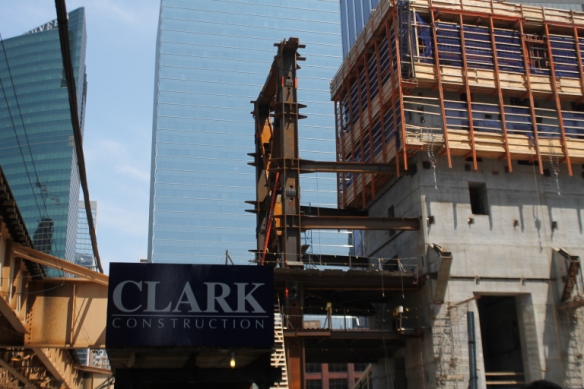 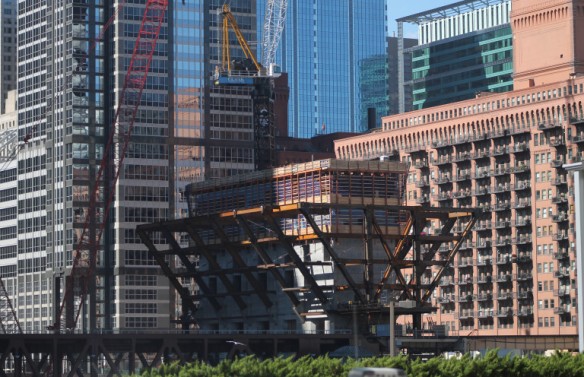 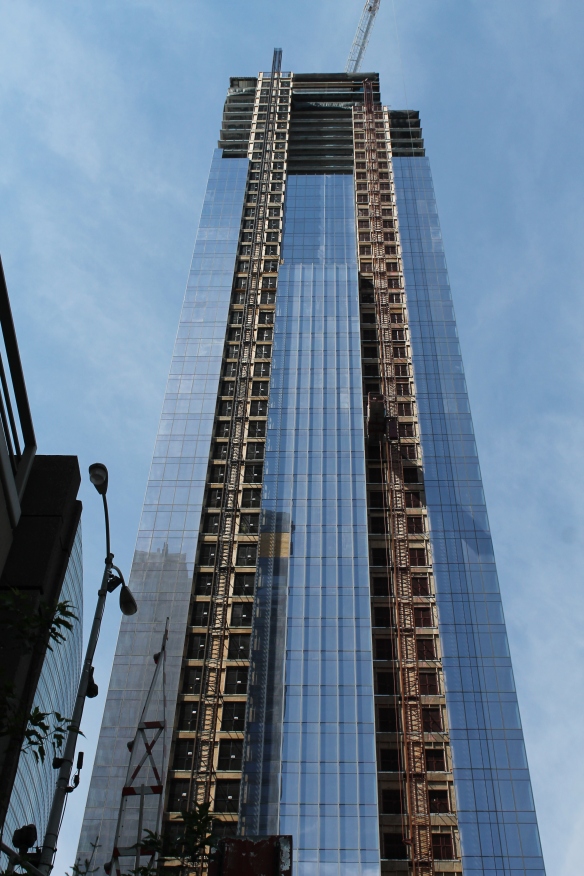 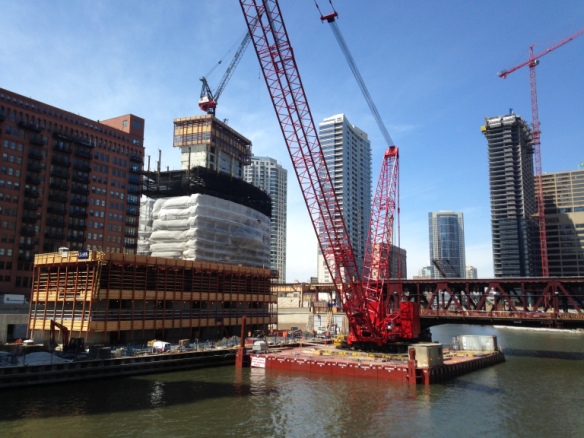 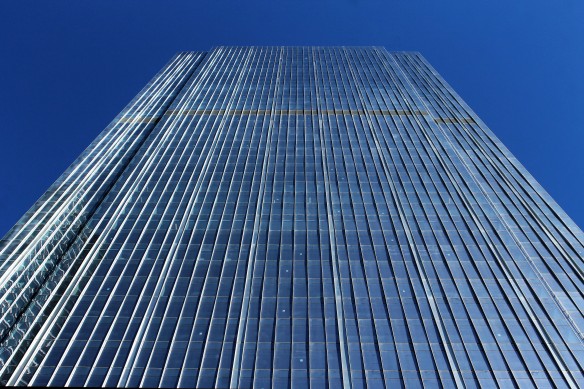 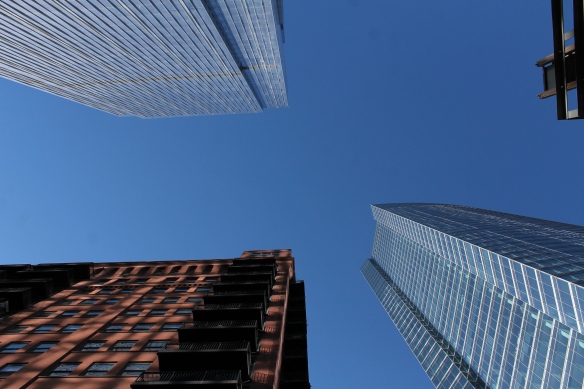 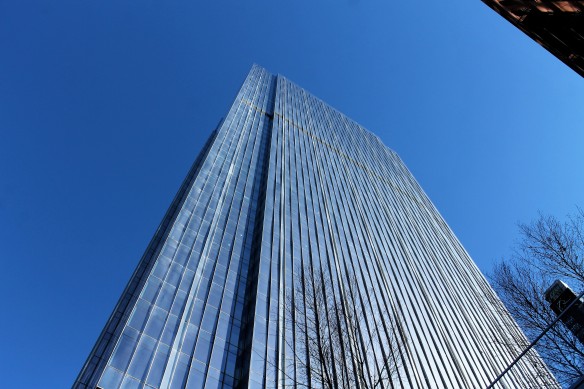