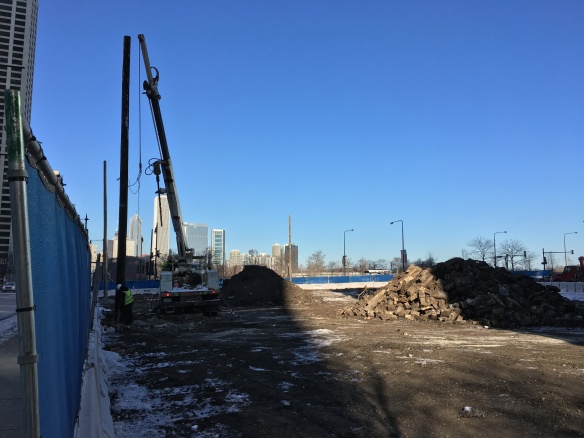 *** UPDATE: Crescent Heights, on its website, is calling this project One Grant Park. Let’s go with that then, at least for now. ***

On Wednesday of last week, the Sloopin Blog reported that neighbors had been told to expect construction to start this week on 1200 South Indiana, the 76-story rental tower from developer Crescent Heights. And sure enough, what remained of the concrete slabs has been scraped up, smoothed over, and crews are erecting safety fencing on the perimeter of the lot. Soon, foundation crews will start drilling massive caissons into the ground to support the 792 apartments atop 12 levels of parking within the Rafael Viñoly Architects design.

1200 South Indiana will be another big project for McHugh Construction, already busy at The Sinclair and Vista Tower. 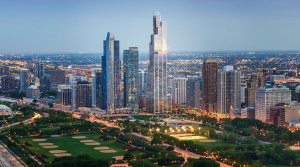 Construction barriers are up along Michigan Ave and Roosevelt Rd. 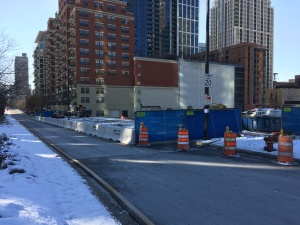 And the sidewalk is closed, along with one traffic lane, on Indiana Ave. 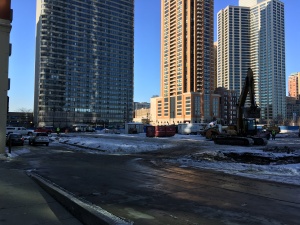 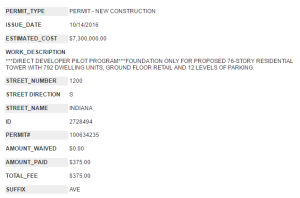