It’s there, the tower crane stub that will soon grow into W.E. O’Neil’s third tower crane at The Lincoln Common development on the old Children’s Memorial Hospital site in Lincoln Park. But you have look hard.

The red stub is planted along the east side of the new Belmont Village senior living site, along Orchard Street, at 700 West Fullerton. But it’s rooted so deep into the foundation that, until the rest of the crane is erected, it goes largely unnoticed.

We expect the tower crane to be erected in full this week, which would make it our 33rd active tower crane in Chicago, and #62 for 2017. 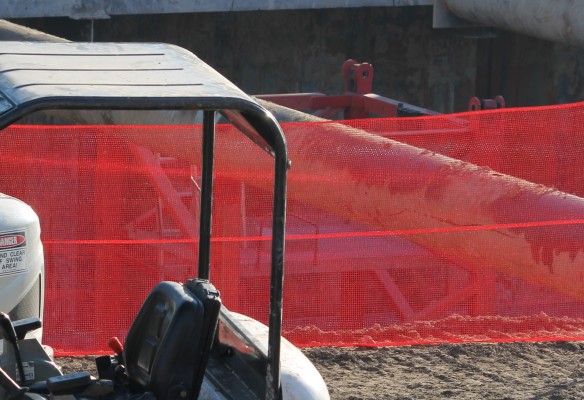 …but you’ll really have to look.