The plaza park has given way, making space for Renelle On The River.

More than a year after the City of Chicago issued a renovation permit for demolition of the small plaza park at 403 North Wabash Avenue in River North, and a second reinstatement of said permit later, site prep has begun for Renelle On The River.

Designed by bKL Architecture, Renelle On The River will be a 17-story tower featuring 50 3-bed and 4-bedroom condominiums. There’s been quite a sales push for Renelle in recent months, and a banner on site boasts that 40% of the units have been spoken for.

Belgravia Group, which also brought us the still-spectacularly-yellow CA Washington in the West Loop, is the developer. McHugh Construction will handle general contractor duties. As of August 22, no construction permit has been issued. Let’s hope for one soon; we’d love to see a tower crane fill that little space. 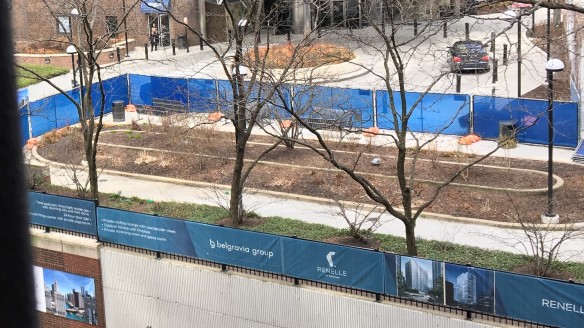 The park was still visible in April, but the Fence Of Doom made it clear the future was limited.

Rendering of Renelle On The River from bKL Architecture. 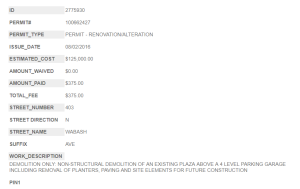 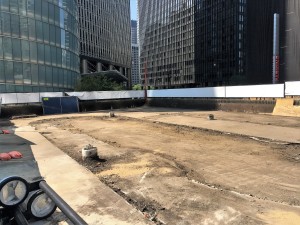