On Tuesday of last week, The Sinclair had two tower cranes. By the weekend, this one had been dismantled.

The Sinclair made news up in the Gold Coast for a couple reasons. First, it tore down that old Jewel store from the 1700s. Then, it erected two tower cranes on one construction lot.

Now, one of those tower cranes is gone. But in order to keep the excitement going, McHugh Construction has begun hanging glass on the first two levels. Not bad for a tower that appears to have only reached nine or ten floors.

Upon reaching its ultimate height, the Solomon Cordwell Buenz-designed Sinclair will have 35 stories and 390 apartments, with an anticipated opening of Summer 2017. 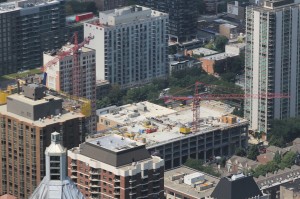 My last-known picture of The Sinclair with two tower cranes, from 360 Chicago at the John Hancock Center

The corner of LaSalle and Division. The Sinclair’s official address, for now, is 1201 North LaSalle Street. 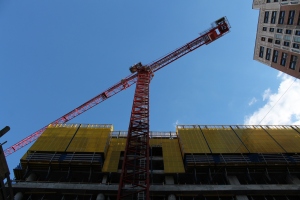 The tower crane building the actual residential tower will remain on site for the duration. 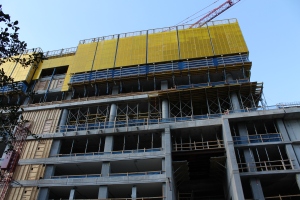 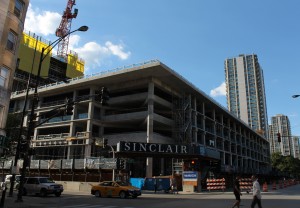 The parking podium along Clark Street. It was the tower crane that built this section that is now gone. 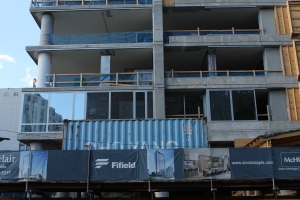 Glass at the corner of Clark and Division.

Since its earliest days of construction, The Sinclair has had a top-notch scaffold game. 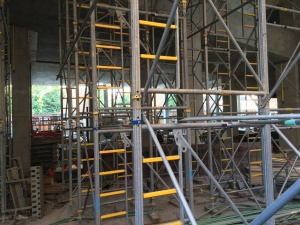 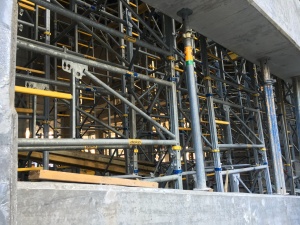 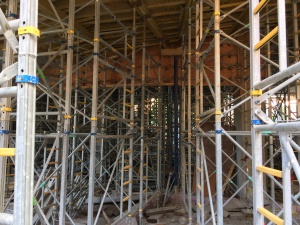 Tell-tale signs of where a tower crane once stood. 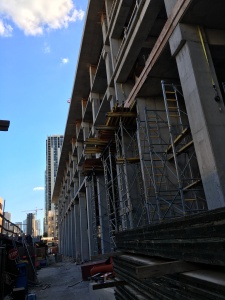 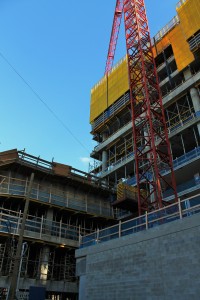