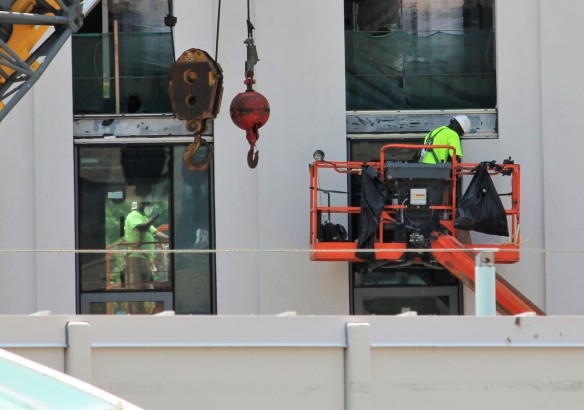 Pepper Construction works on both the north-facing and south-facing facades of Harrison Hall at UIC.

Chalk up another milestone for Pepper Construction at UIC, where they’ve started putting windows on Harrison Hall. (This is neither the time nor place to argue that a university’s academic hall should be using Macs instead of installing Windows)

I don’t know why I didn’t make a “glass is in session” pun in the headline for this, but I more than made up for it with the Windows thing, dontcha think?

Anyway, topping out the concrete in late April and removing the tower crane last month are two other recent achievements Pepper can be proud of at Harrison Hall. Of course, the one that counts the most will be having the 151,000-square-foot, SCB-designed facility open for UIC students in the fall. 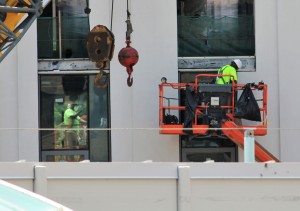 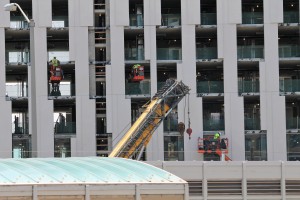 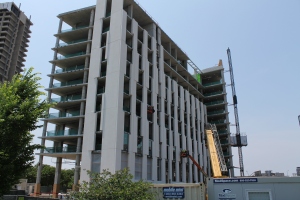 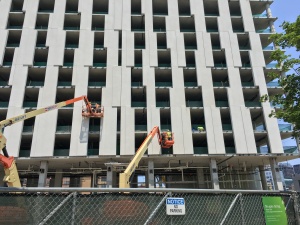