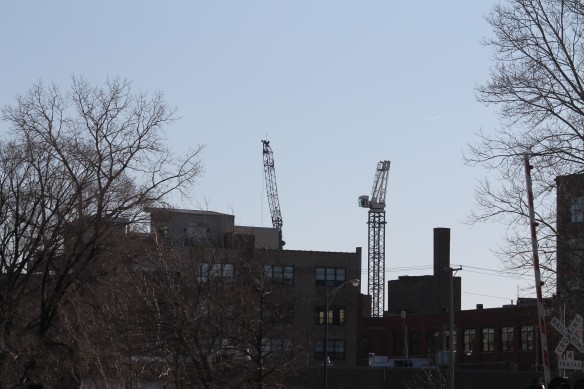 In the distance, a tower crane rises at Twelve01West.

Maybe it wasn’t so great after all, if it’s already decided this early in the month.

Last week I speculated that March’s first tower crane would be erected at GEMS World Academy Upper School, since there had just been a stub planted on the Lakeshore East site. Little did I know that a stub had earlier been planted on the Twelve01West site at 1201 West Lake Street in the West Loop. Over the weekend, Central Contractors Service was over there assembling the tower crane. By my count, that would be Chicago’s 35th tower crane of 2018, and the fourth crane currently in the air for W.E. O’Neil.