3 stacked shipping containers are being used to stabilize the Village Theater facade, which is being saved.

Demolition has begun at three addresses in Old Town, as space is cleared for the new Fifteen Fifty on the Park. The threes are wild, as another trio, this one of developers, are building the new project. Golub, CIM Group, and Avoda Group are collaborating on the 10-story building, designed by Solomon Cordwell Buenz.

One of the buildings to be demolished, at 1548 North Clark Street, is the old Village Theater. Its facade is being saved, and Power Construction is utilizing one more 3-fer, this time with three shipping containers stacked atop each other, as a means of stabilizing that facade while everything else crumbles around it. We’ve seen Power use this technique before, at the Ace Hotel site in the West Loop.

According to Golub’s website, Fifteen Fifty on the Park will include 32 luxury condos, 2,600 square feet of retail space, and parking for 66 vehicles. 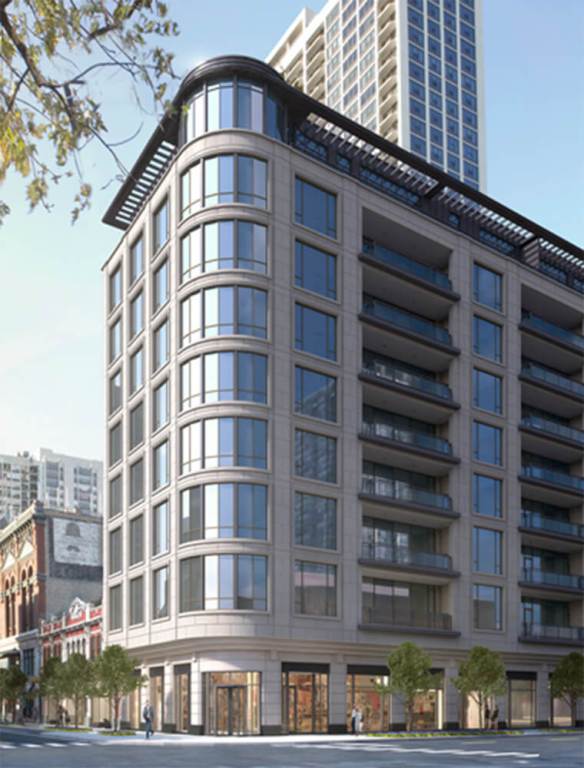 Rendering of Fifteen Fifty on the Park from Golub’s website.

I operate on the assumption that the 109 demo permit includes 113-115 as well. Or another permit is coming.

These facades will *not* be saved. I hope. 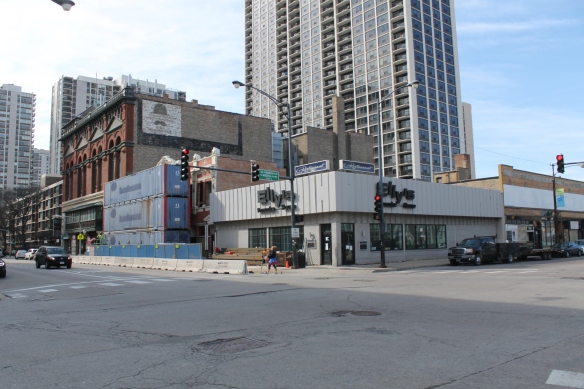