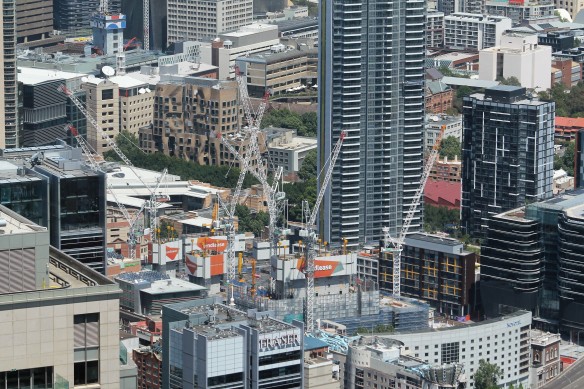 Spotted from the Sydney Tower Eye: The Seven Tower Cranes of Darling Square, by Lendlease.

Please know for certain that I didn’t see every construction project in Australia. Come on. Two weeks? Just not enough time. But of what I saw, this one easily takes the award for Most Tower Cranes.

Darling Square is a mixed-use project being developed and built by Lendlease. Located along Sydney’s famed Darling Harbour, Darling Square will be comprised of many, many parts. So many parts, in fact, that I don’t know if I’ve got them all straight. The main portion of the development will have three towers of 41, 19, and 7 stories, and a 6-story podium, per design architects Tzannes Associates. There will be 581 apartments located here.

Rendering of The Darling Exchange from Kengo Kuma and Associates.

Darling Square will also include a public square, designed by Aspect Studios; a community hub called The Darling Exchange, designed by Kengo Kuma & Associates; and two retail pavilions designed by Archer Office. No wonder they need 7 tower cranes on the site.

And if all that doesn’t sound like enough of a task, Darling Square necessitated the demolition of a 13,000-seat stadium, Qantas Credit Union Arena (previously known as The Sydney Entertainment Centre) in order to clear space for the project.

Whether you’ve been able to process all of that info or not, here comes the photo gallery: 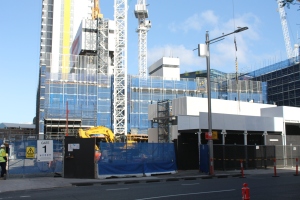 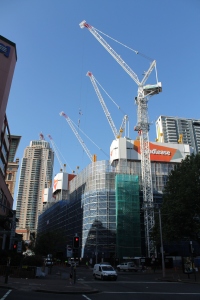 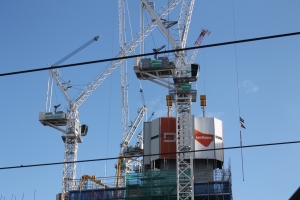 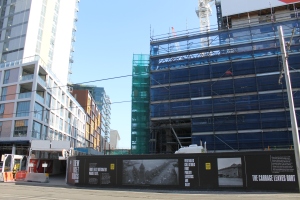 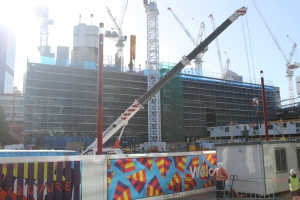 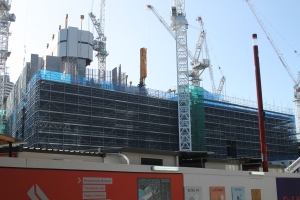 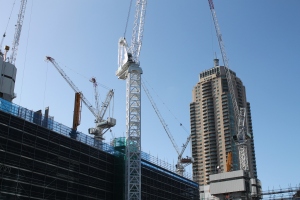 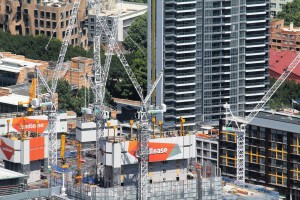 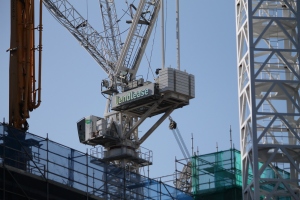 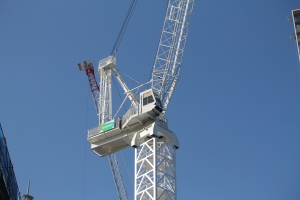 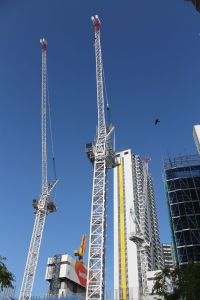 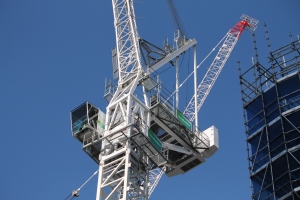 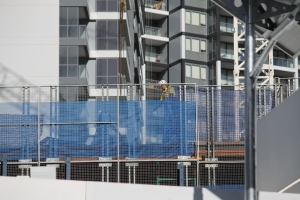 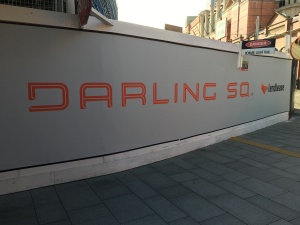 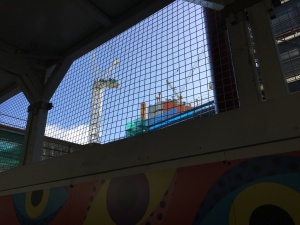 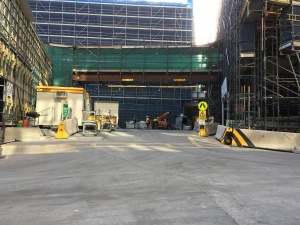 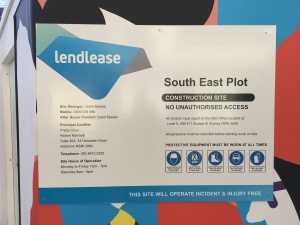 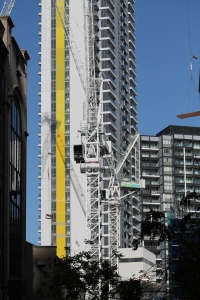 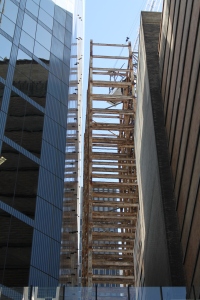