Just when we were starting to believe the Nobu Hotel project might be kaput, there appears to be whole-scale excavation happening on the lot at Randolph and Peoria Streets in the West Loop.

Twitter user @MalcolmMossman tweeted the above photo on Wednesday, after wandering past the site and noticing Taylor Excavation’s equipment peeking out above the secretive fencing. And sure enough, a closer inspection shows some real-live digging. Foundation work? Let’s hope so. It’s nice to see some ground move after it was broken way back in June. 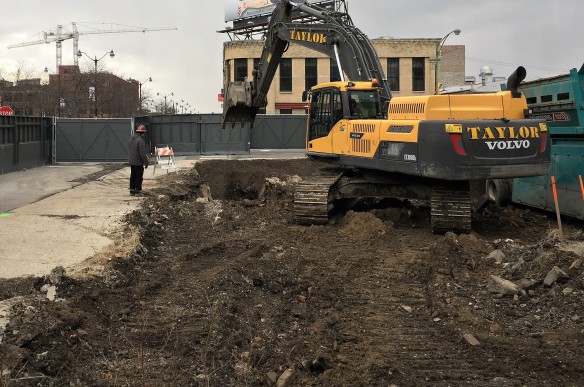 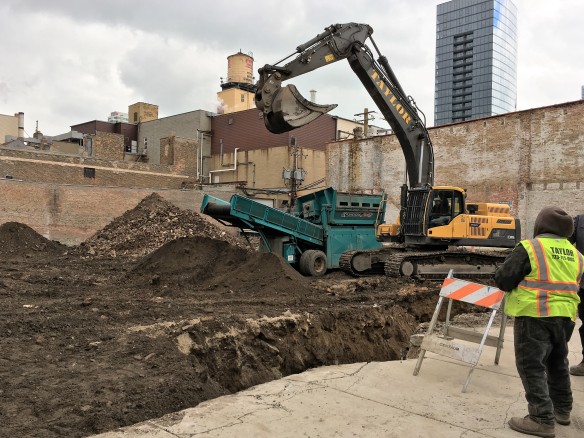 Not seeing any action at Nobu was getting tired, so this makes sense.