Caisson work is wrapping up at the triple-brand Hilton hotel project at McCormick Place.

If you think it’s tough work building a hotel, try building three of them. At once.

That’s what First Hospitality Group and Hilton are doing. You may remember this started out as McHugh Construction’s baby, as they owned the lot, until the developers signed on to triple-brand the project. Under just one roof will be a Hilton Garden Inn, a Hampton Inn by Hilton, and a Home2 Suites by Hilton. Seems like a lot to say? It is. But remember, you’ll only need to book a room at one of the three. Unless you really like having options when you sleep. According to the press release from Hilton linked above, the three hotels will be officially named the Hilton Garden Inn Chicago McCormick Center, the Hampton Inn by Hilton Chicago McCormick Center, and the Home2 Suites by Hilton Chicago McCormick Center.

The 23-story hotel(s), designed by Antunovich Associates, will provide 466 rooms and suites at 123 East Cermak Road. A skybridge will connect the new building to McCormick Place. There promises to be a whole host of amenities and dining options, which, again, you can read about straight from the Hilton’s mouth here.

The permit to build was filed by the City of Chicago back in December. Foundation work began in earnest almost immediately, and now caisson work is just about finished. A tower crane permit was flied last week, on the 9th, so look for that to appear in the Prairie District skies very soon. McHugh Construction is, of course, the general contractor. 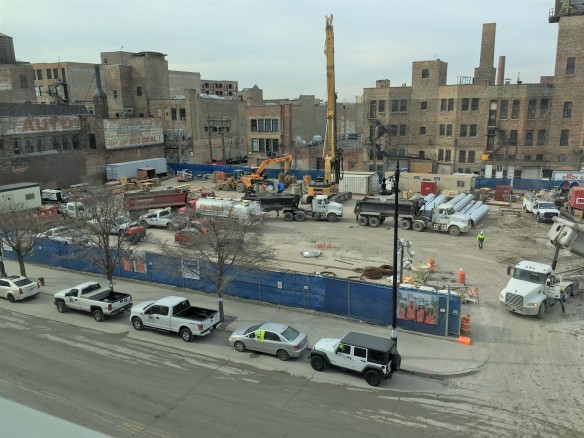 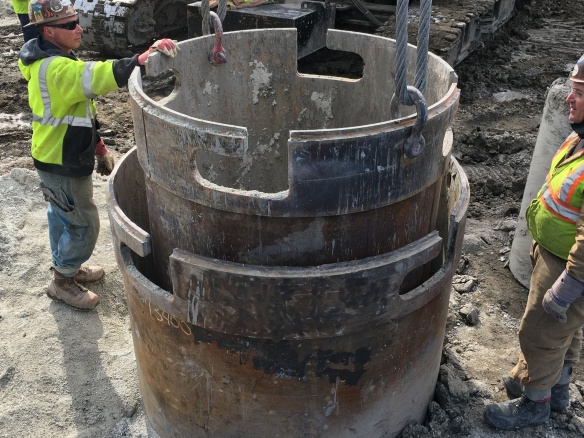 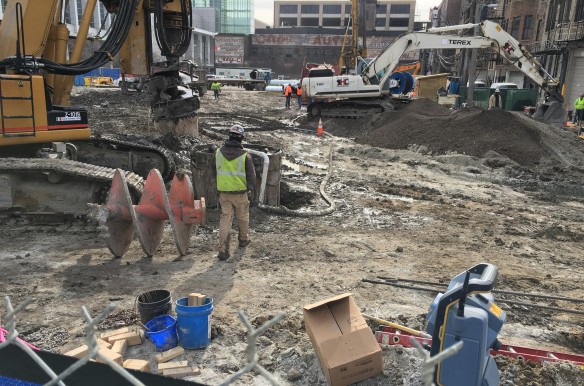