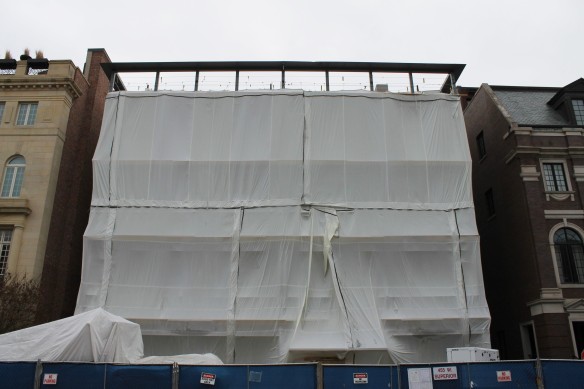 Chasing single-family construction in Chicago would probably feel like a fever dream. Maybe in a small town like Mars, Pennsylvania, or Conover, Wisconsin, that would be possible. But not here.

But there is one single-family home being built that can’t be ignored. The city filed a permit for it back in March, to the tune of $9,980,000.00. Yep, just under ten million. Five stories, one family, with caissons. A permit so stunning, even  Dennis Rodkin at Crain’s reported it. And in June, I watched the soil start to turn. But then…I forgot about it.

Until this week, when I went by the lot at 455 West Superior Street and saw four stories’ worth of erected steel. I guess they kept working on it, even though I wasn’t there to watch. Power Construction is out there building the Wheeler Kearns Architects-designed home. It’s shrouded in plastic and mystery for now, but at the rate it’s moving, we’ll get to see what it looks like soon. 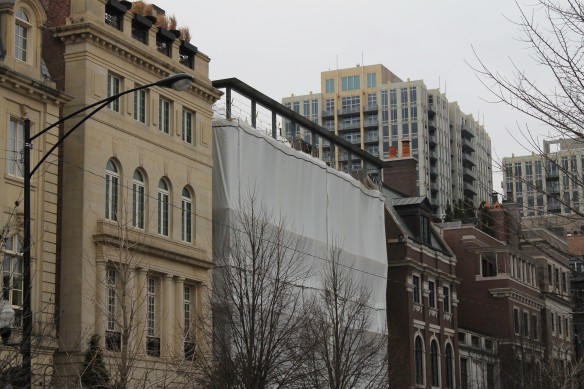 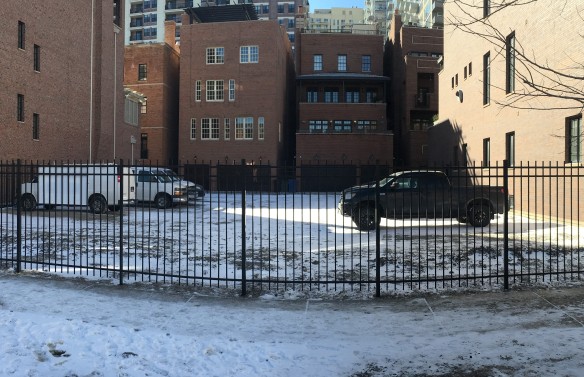 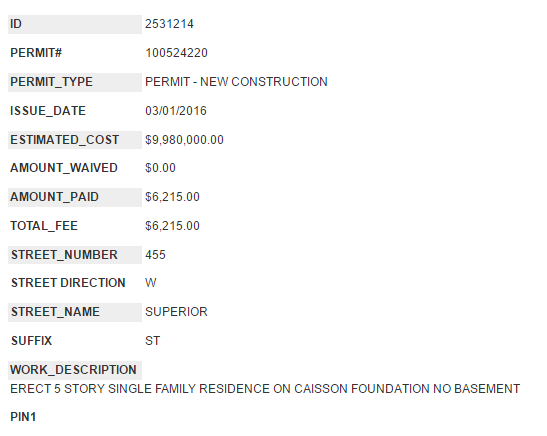