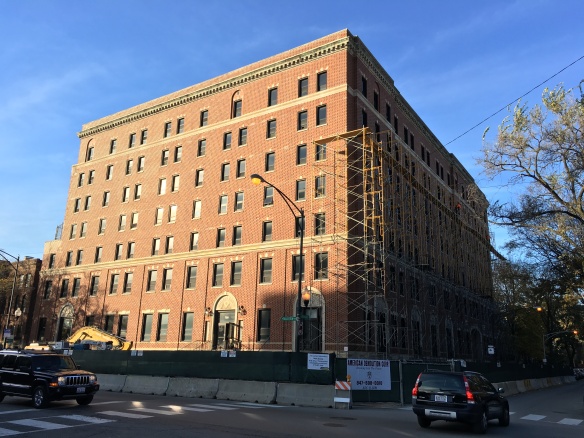 Scaffolding has been erected on the east facade of the Nellie A. Black Pavilion.

On the final day of October, the City of Chicago issued a demolition permit for the Nellie A. Black Memorial Pavilion, at 700 West Fullerton Parkway in Lincoln Park. Built in the 1932, it made Preservation Chicago’s “Chicago 7” list in 2016, along with its neighbor across the street, the Martha Wilson Memorial Pavilion. That building is already rubble, along with most of the old Children’s Memorial Hospital. 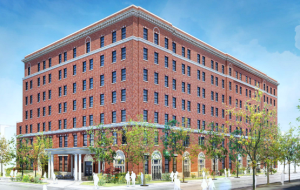 Crain’s Chicago posted back in June that Chicago-based Harrison Street Capital and Houston-based Belmont Village Senior Living bought the building, with the intent of constructing a senior-living facility on the site. The rendering Crain’s included in the story, seen to the right, looks remarkably similar to the Nellie Black Pavilion. I could be oversimplifying things, but maybe that 80-year-old edifice could have been re-purposed for the senior living project? Eh, what do I know.

Monday, workers were constructing scaffolding on the facade. Expect dust and pallets of used bricks to follow shortly. American Demolition will do the dirty work. 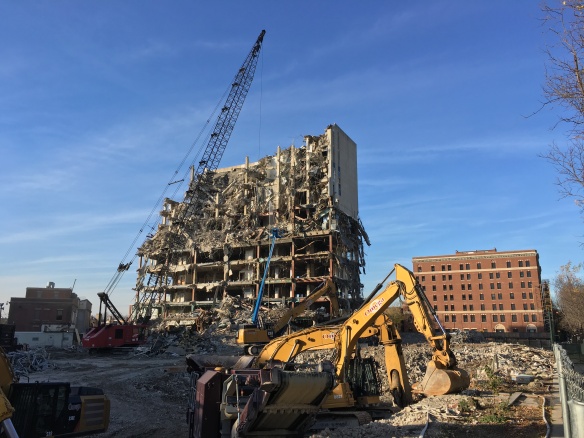 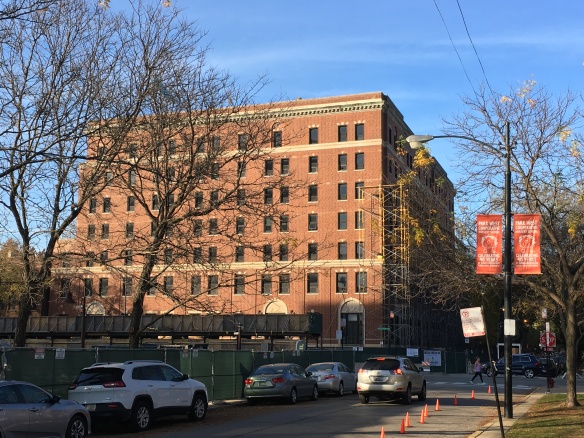 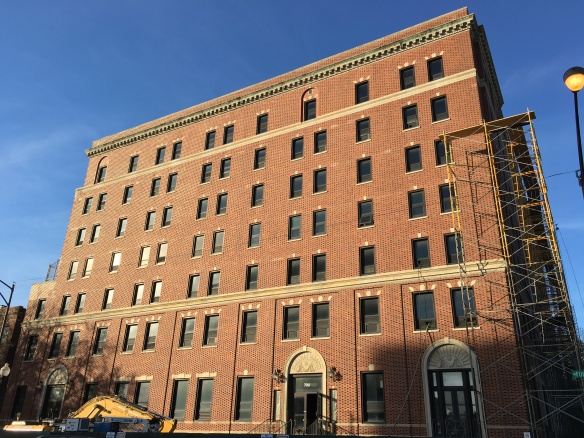 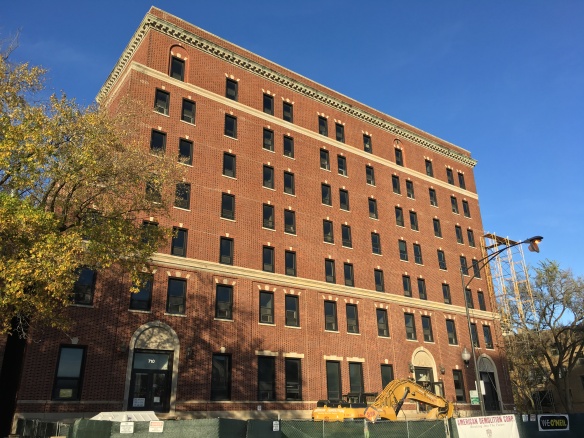 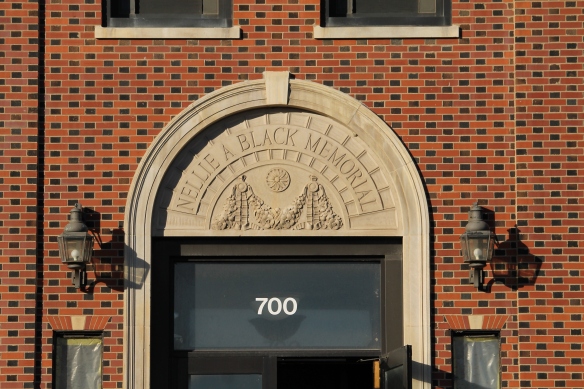 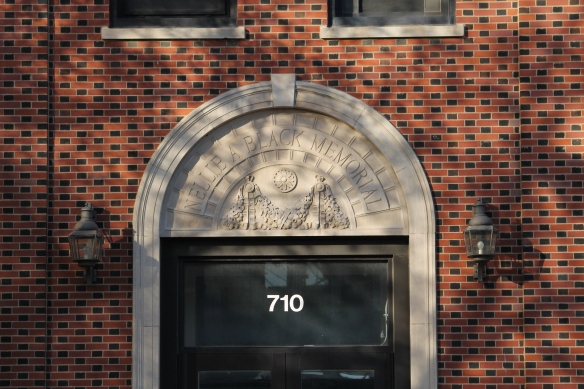 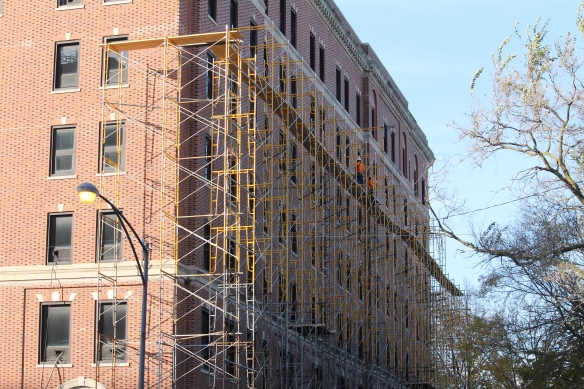 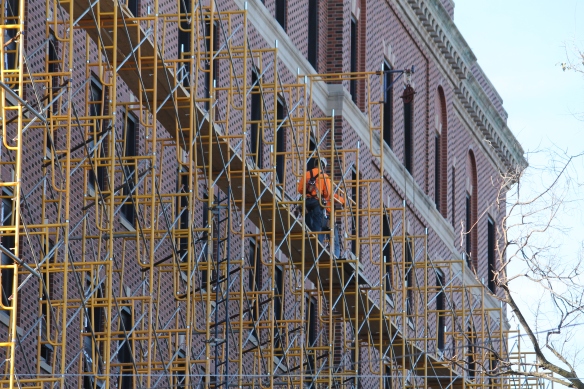 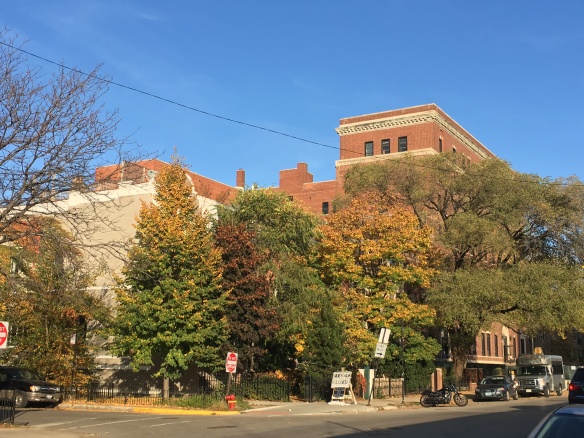 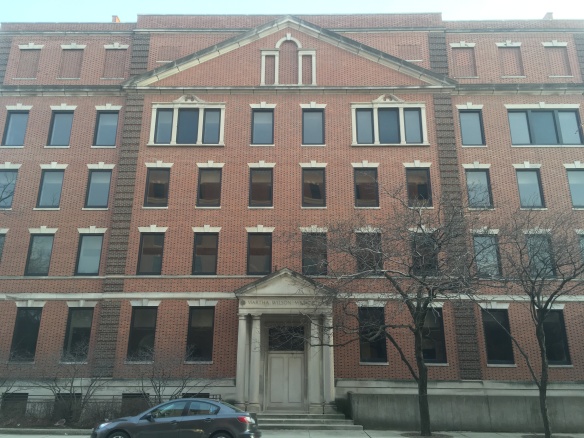 The Martha Wilson Memorial Pavilion has already been demolished. 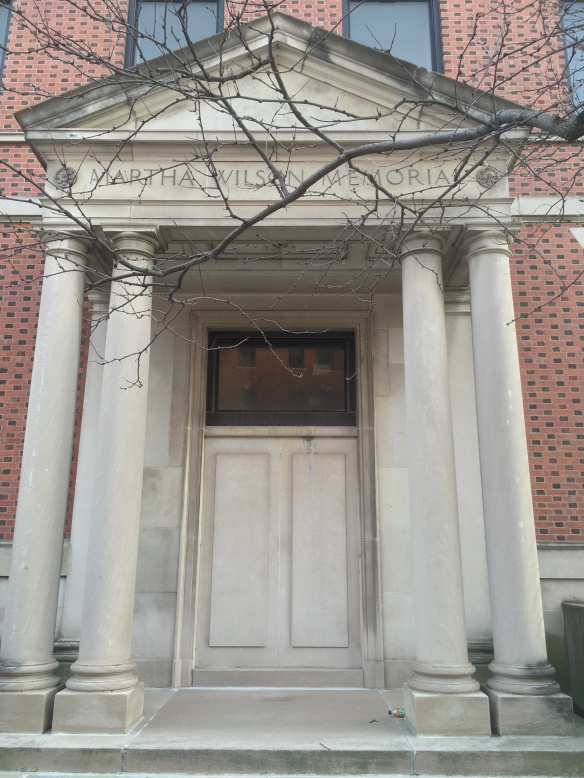