In the foreground, South Crane grabs the spotlight, as North Crane fades to the back, like that other guy in Wham!

At the beginning of August, I promised you a second tower crane would appear at Northwestern University’s Louis A. Simpson and Kimberly K. Querrey Institute for BioNanotechnology in Medicine in Streeterville. Problem is, I told you to wait until the end of August at the earliest, yet upon visiting Tuesday, there was South Crane, standing even taller than North Crane.

The Simpson-Querrey Institute joins The Sinclair in the Gold Coast as the only two projects in Chicago requiring dual tower cranes. Double the fun! 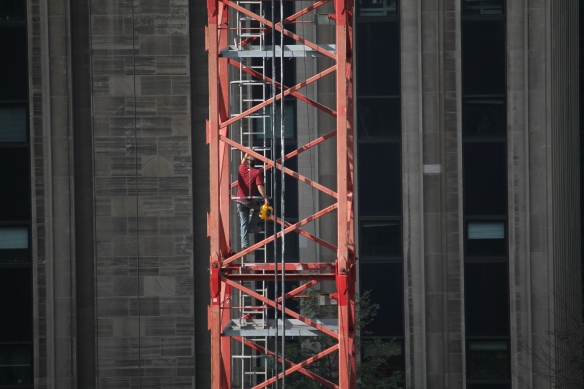 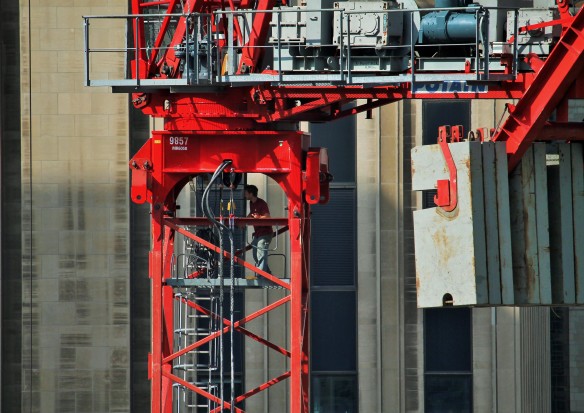 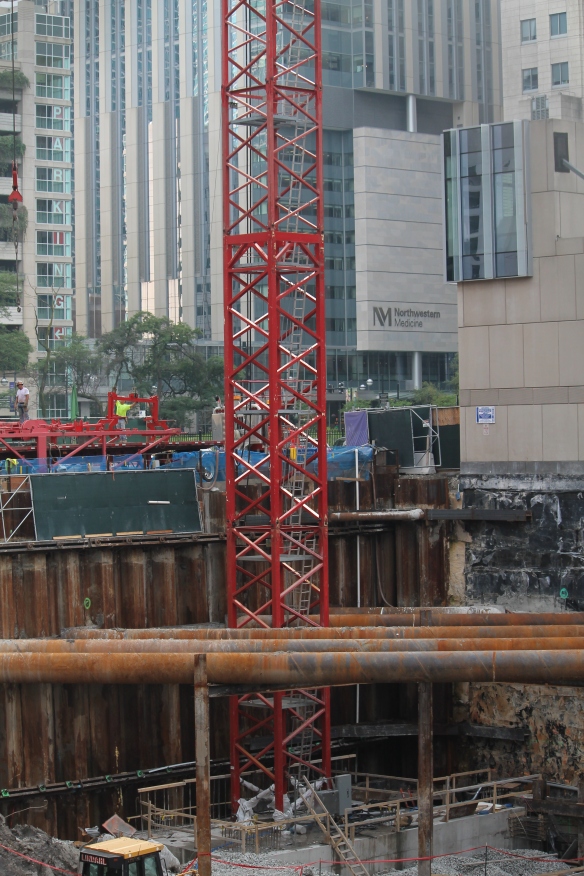 The Cranes, North and South, not Frasier and Niles. 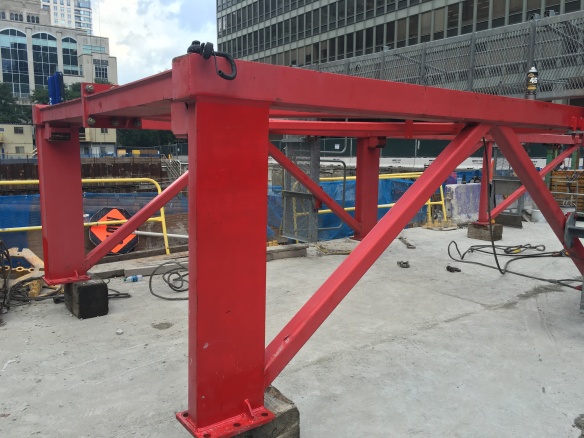 I think that’s a crane part. 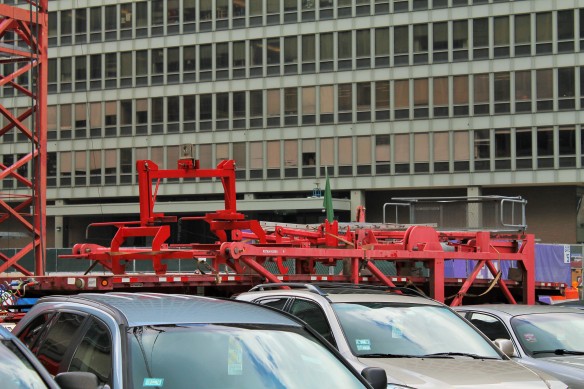