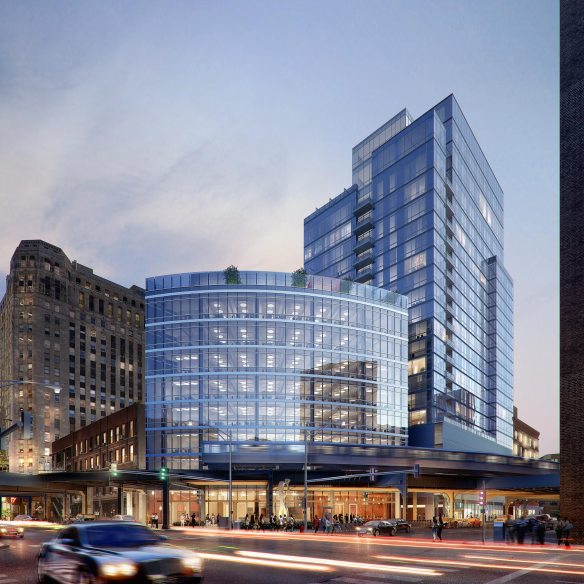 A rendering of 221 West Hubbard (and 412 North Wells) from Hirsch Associates.

This one took awhile.

When last I heard about the proposed office and residential development at 221 West Hubbard Street in River North, it was February. Crews were working in the dirt, and I jumped the gun, assuming construction was ready to begin. It wasn’t. Turns out, soil sampling results were less than ideal, stalling the entire process.

I was told it was hopeful a construction permit would be filed for 221 West Hubbard around April 1. And here we are three months later, and finally, the City of Chicago has filed a permit to begin foundation work on the 23-story residential tower portion of the two-structure project.

Designed by Howard Hirsch at Hirsch Associates Architecture, the Centrum Partners development will have 193 apartments in the tower on the west end of the lot at Hubbard Street and Wells, and a 9-story office building with 41,000 rentable square feet on the east end. 91 parking spaces will be included in the residential portion.

For folks getting on and off the Brown and Purple Line trains at the Merchandise Mart, like me, this will be a prime spectating venue as LInn-Mathes, the general contractor, gets to work. 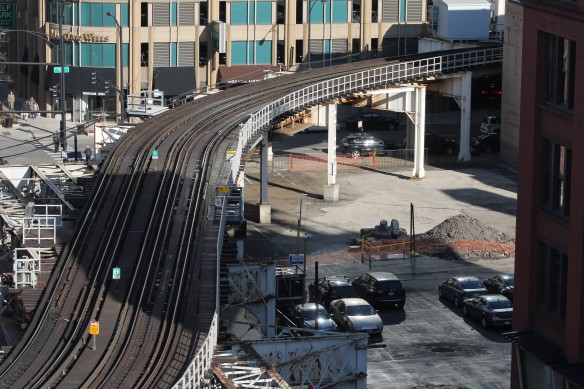 221 West Hubbard will curve along with the passing L trans. 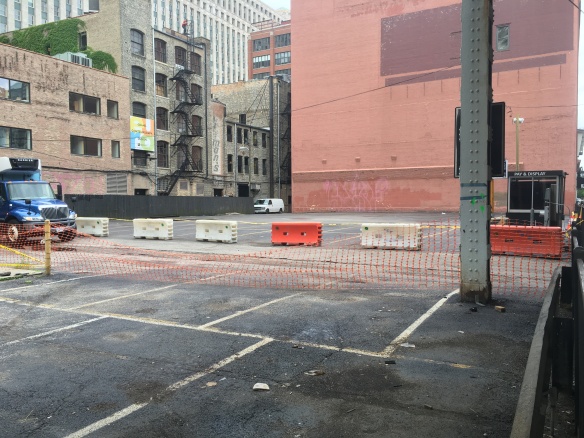 The lot has been closed to parking for several weeks now.

Twice I jumped the gun on this one. Once, when the CTA used the lot to stage equipment…

…and once when crews scraped some asphalt after a negative soil sampling result.

View of the lot and the tracks, 221 West Hubbard Street.