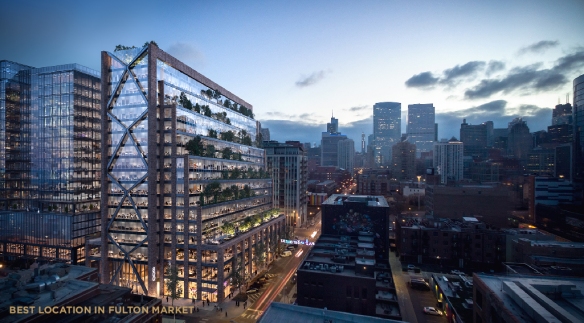 If memory serves correctly, this is the first construction site I’ve covered for Thor Equities. But they must have gotten word that I’d be around, because 800 Fulton is really tough to get a good look at so far. Could be I’m just paranoid, but the fences seem too high, the foundation too deep, and heck, they’ve even gotten the weather to conspire against me with gloomy, overcast days.

Well, January brought some sunshine, so I’ve done the best I can. 800 Fulton is a 19-story office building designed by SOM. If this thing turns out the way renderings look, it will be nothing short of a spectacular addition to the still-booming Fulton Market area of the West Loop. Seriously, this one’s fantastic. This one occupies a full Fulton block, bounded by Fulton Market, Green Street, Wayman Street, and Halsted Street. It’s between the Fulton Market District sign and what used to be The Mid nightclub, if that helps you get oriented.

When an office building looks like a place you’d want to live, that’s a good sign. Living there would be a great idea anyway. You won’t want to drive to work at 800 Fulton. There will only be parking for 34 cars. There will, however, be 150 bicycle-parking spots. And we all need the exercise. 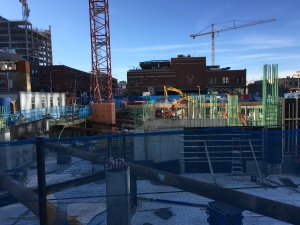 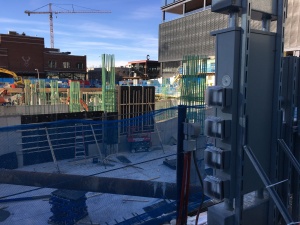 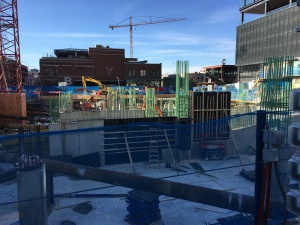 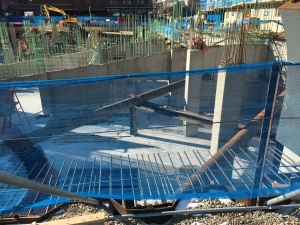 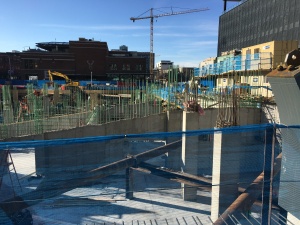 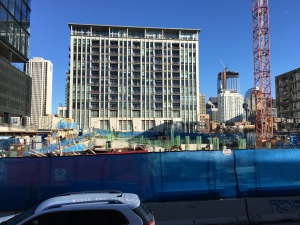 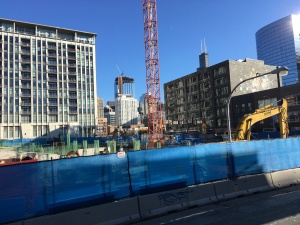 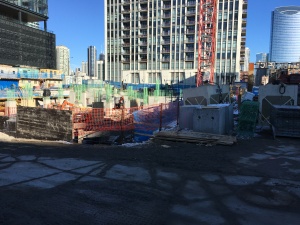 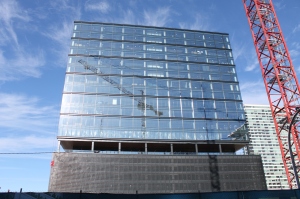 Reflection and shadow on GR333N 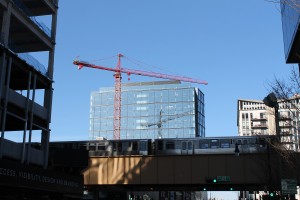 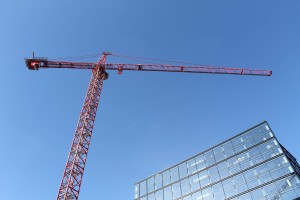 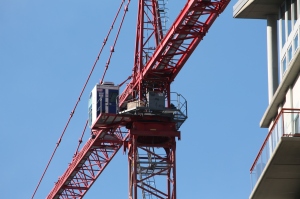 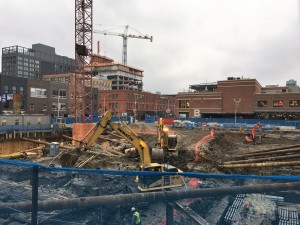 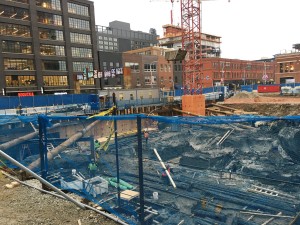 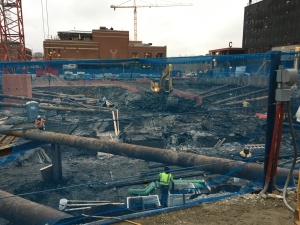 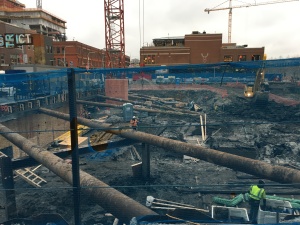 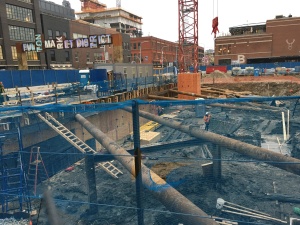 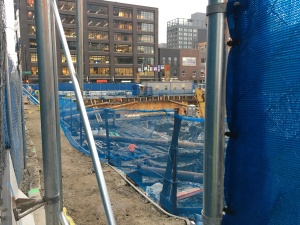