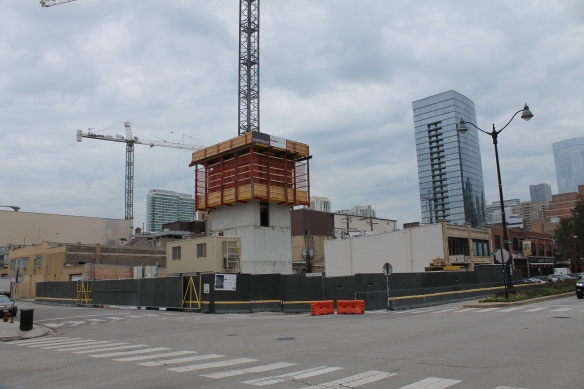 The Nobu Chicago site has been secured, and it sits idle, waiting for construction to resume.

By now, you probably already know that things aren’t going well at Chicago’s Nobu Hotel in the West Loop. Last week, Crain’s reported that work had stopped on the 11-story, 119-room Midwest iteration of the hotel/restaurant brand.

Seems it’s been one delay after another for this thing. Ground was broken back in June (OF 2016!) then sat idle. Some caisson equipment was delivered to the site in September of 2016, the same month the hotel was officially approved by the Chicago Plan Commission, but that same equipment was packed up and hauled away without any holes being drilled.

A foundation permit was issued in December of 2016, but still, no action. Finally, in March of this year, the soil at 854 West Randolph began to turn. The earth-moving machines were followed by a pile driver, which began driving sheeting into the ground for a foundation. Caisson equipment arrived again, but for real this time, in May, and foundation work was underway in earnest. Finally, Centaur Construction had control of the site, and work started to go vertical.

But here’s the thing: If you want work to be done on your hotel, you have to pay the folks doing said work. And according to Crain’s (and one little birdie I heard from recently) that hasn’t been happening.

So once again, Nobu sits idle. 18 months after an 11-story hotel breaks ground, tourists should be sleeping in the beds. Stay tuned. 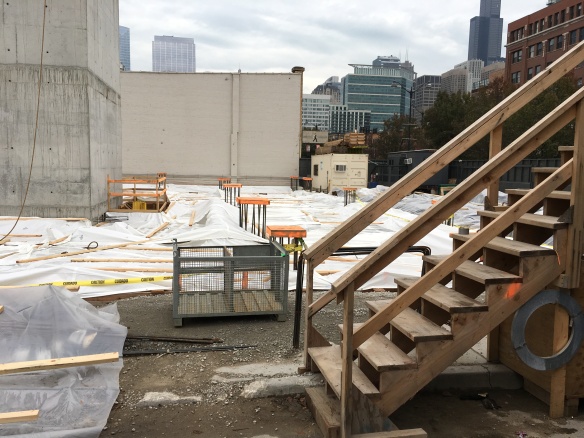 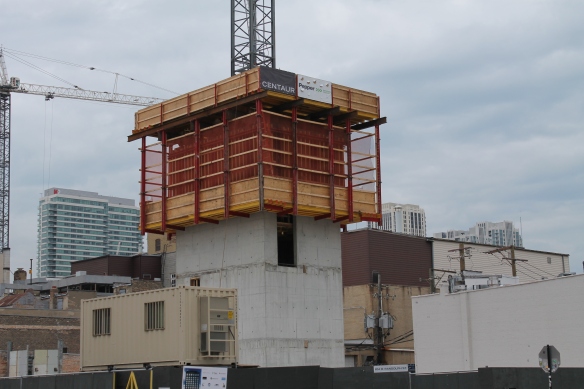 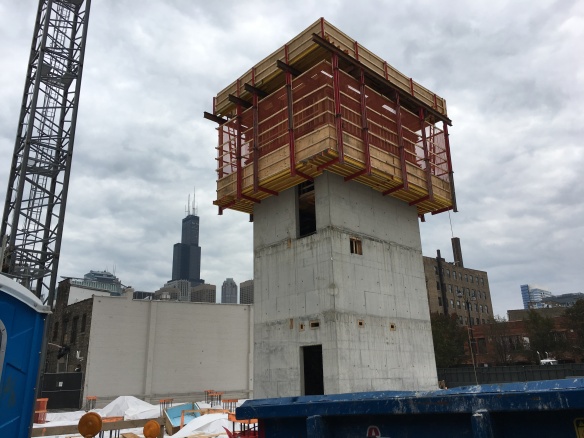