Chicago’s 60th tower crane of 2017 is up and lifting at Renelle on the River.

The Big 6-0 is on the board, as Chicago’s 60th tower crane takes to the skies at Renelle on the River, at 403 North Wabash in River North. If you want to count backwards, Home2 Suites, also in River North at 110 West Huron, was #59. The Van Buren, at 808 West Van Buren in the West Loop, came in at #58 last month. And 210 North Carpenter, another West Loop project, was Chicago’s 57th crane of the year when it went up.

*60 cranes. That’s a big year for tower cranes. And with the stub Hayden West Loop planted in the ground at 1109 West Washington, #61 will be added to the count very soon. Two other cranes have permits: 3833 North Broadway, where we expect a stub to be planted around Thanksgiving; and The Bentham, at 146 West Erie, which doesn’t have a construction permit yet.

*I am not counting the derrick crane at Simpson Querrey.

Renelle on the River. 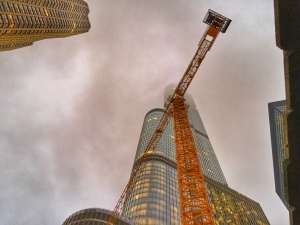 Renelle on the River. 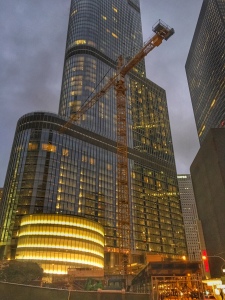 Renelle on the River, 403 North Wabash. 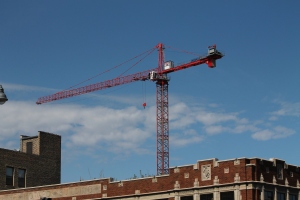