Way out at the west end of the Fulton Market District (I know, it’s practically the suburbs, right?) Sterling Bay’s Fulton West, a 290,000-square-foot office building designed by Gensler, is moving steadily toward its scheduled April 2017 opening. The nine-story building, a combination of new construction and renovation to an existing structure, will also include more than 600 parking spaces and 20,000 square feet of green space.

And though the photos that follow may look gloomy, that was only the weather. Thursday was a bright, cheery day for Fulton West, as Crain’s Chicago reported that Dyson, the company famous for the swiveling vacuum you’ve seen on television, has signed on to lease almost 41,000 square feet of Fulton West space. Dyson currently resides at 600 West Chicago Avenue, and, as mentioned by Ryan Ori at Crain’s, would make the move by the end of the year.

So if there appears to be a little extra sparkle in the cladding around Fulton West, now you understand why. See for yourself, in the photos below showing how far Leopardo Construction has progressed on the project. 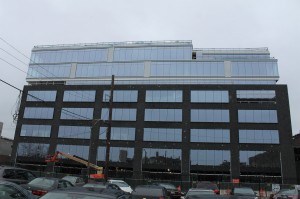 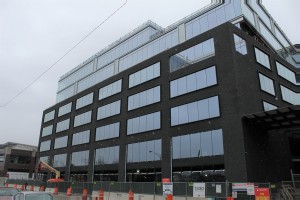 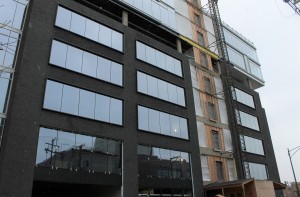 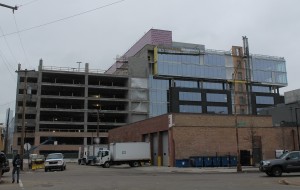 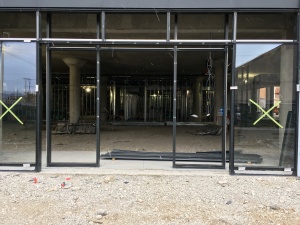 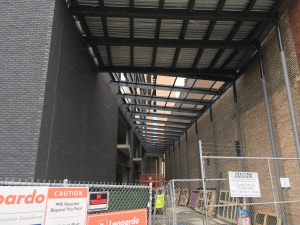