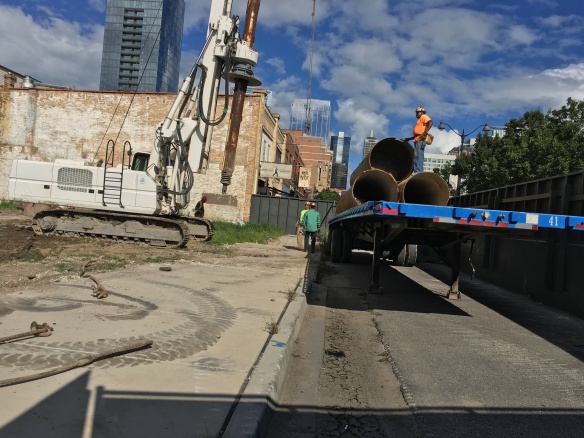 Caisson equipment offloading for the Nobu Hotel in the West Loop.

When the Chicago Plan Commission meets on the 15th of September, one of the decisions they’ll make is whether to allow the West Loop’s Nobu Hotel project to go to eleven. Stories, that is. Per the Commission’s September agenda:

After a big groundbreaking ceremony featuring co-owner Robert “I Heard Some Things” DeNiro back in June, nothing much has happened (besides some soil sampling in July) on the lot along the Randolph Street Restaurant Row. But Thursday, crews could be seen over, under, and around the secretive plywood privacy fencing, offloading caisson equipment. Because whether you know your height allowance or not, you’re still gonna need a foundation. 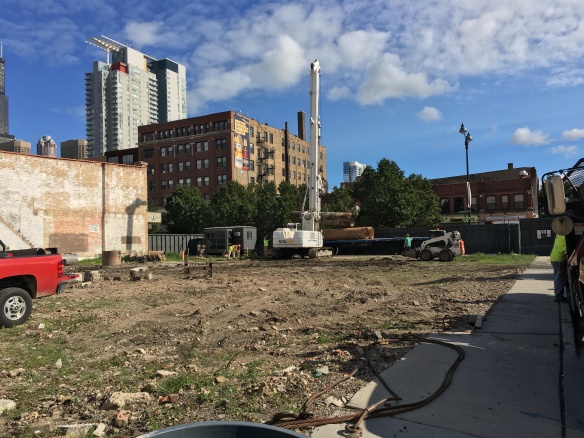 This soil sampling rig was on site back in July.