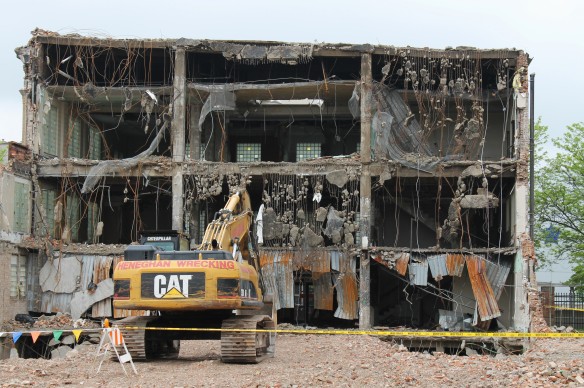 Demolition of the old Plumbing Industry Center in May.

First, it was what looked like a fairly nice building. Then, it was a hole in the ground. Now, there’s stuff going on in that hole. And it’s construction.

After breaking ground at 1400 West Washington Boulevard on June 28th, W.E. O’Neil is rolling on the new Plumbers Local 130 Training Center. The 3-story, 50,000-square-foot building in the West Loop will facilitate the education of journeymen and apprentice plumbers from all around Chicago.

Designed by Gensler, the project got underway with an April demolition permit for the old Plumbing Industry Center, followed by the new construction permit issued June 21st. It’s expected by this time next year, the training center will be complete.

Revcon is right in the middle of things, doing caisson work.