111 Eagle Street stands out from the rest on the Brisbane skyline.

If you wander the streets of Brisbane during the light of day, but head indoors when the sun disappears, you’ll miss out some of the greatest views I’ve ever experienced, in any city. 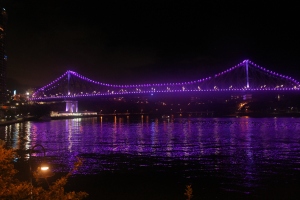 Story Bridge from the Brisbane Riverwalk.

Here’s what you should do: When it gets dark, head down to the riverwalk along the Brisbane River, and keep going until you see the pretty blue lights framing Story Bridge. Then walk to the bridge itself and begin crossing the river. Now, stop. And just look.

From this vantage point, you’ll find Brisbane’s most spectacular piece of after-dark architecture, 111 Eagle Street. Designed by Cox Architecture (we saw their work at Conservatory Melbourne), developed by GPT Funds Management, and built by CIMIC Group, 111 Eagle Street opened in 2012. During the day, the 54-story tower doesn’t make the same impression. But just wait until you see it light up. 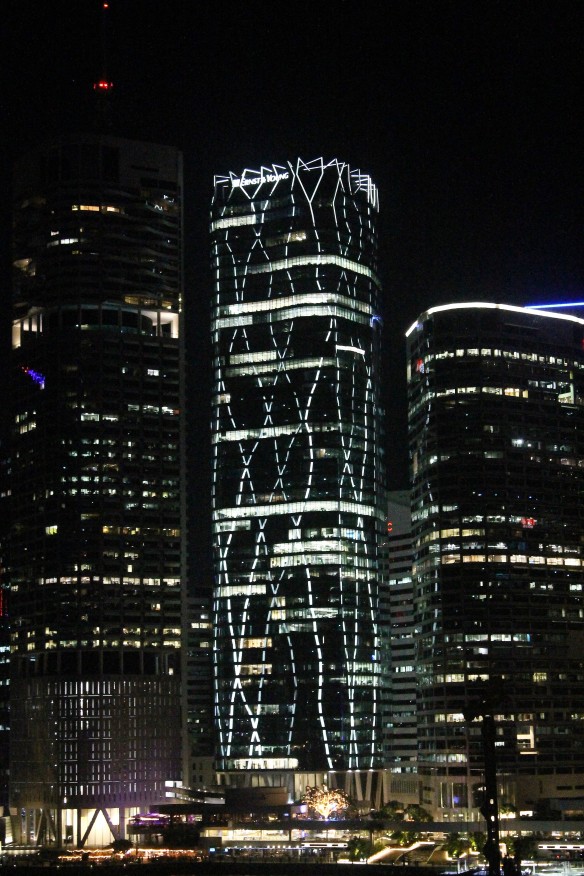 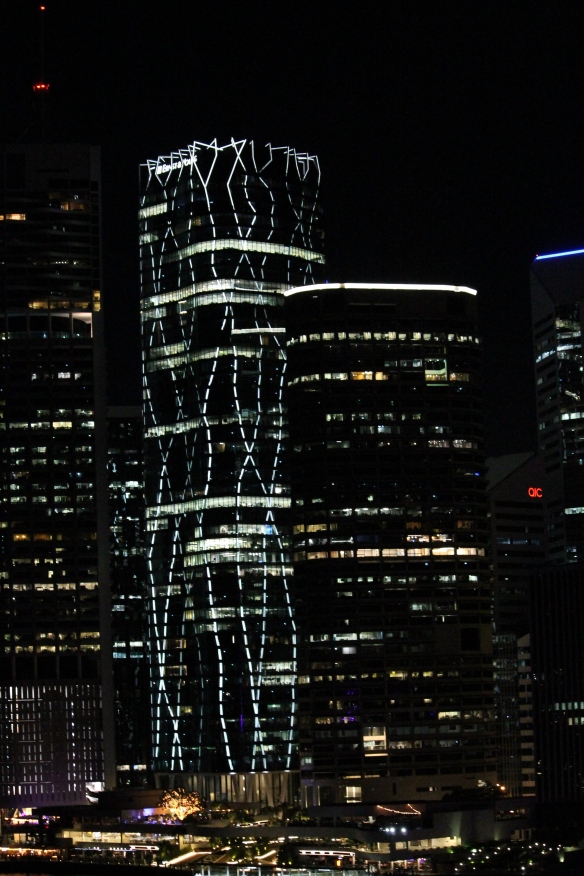 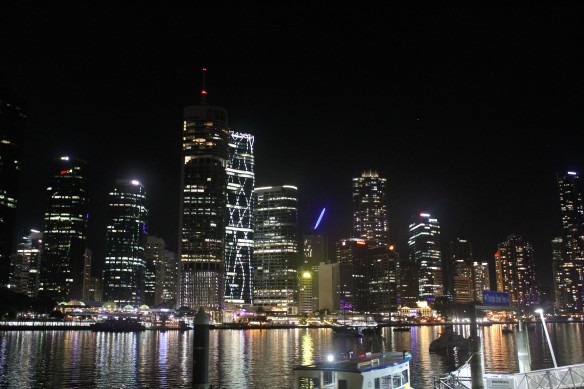 111 Eagle Street stands out from the rest on the Brisbane skyline. 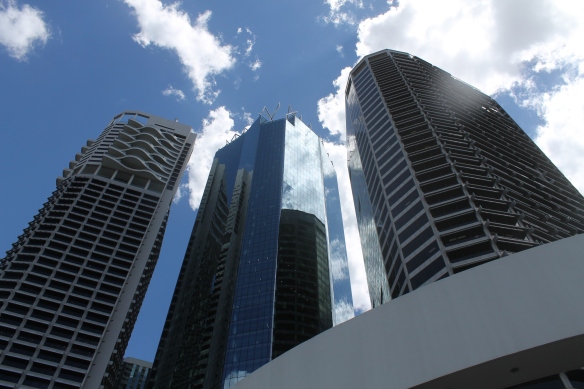 Only the top of 111 Eagle Street is visible in this shot, looking down the Brisbane River from the riverwalk.