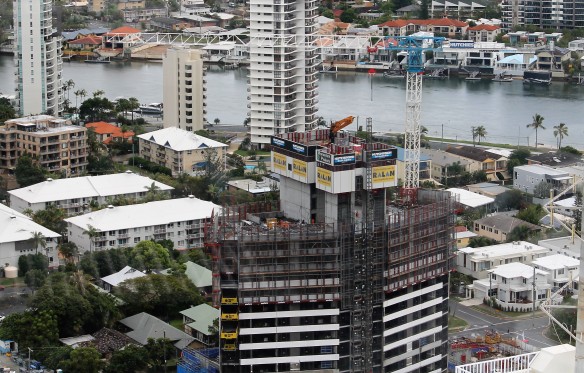 The first of the four Ruby towers is growing in Gold Coast, Queensland.

Ruby is a four-phase development project coming to Gold Coast, Queensland, Australia. Phase One, a 30-story, 228-unit apartment tower, is underway. Developed by the Ralan Group, Ruby’s subsequent stages, all designed by DBI Designs, will include towers of 60, 47, and 32 stories, if the remaining three on the board all are approved. They’ll combine for a total of 1,372 additional units, along with lots of shopping apace, restaurants, and other attractions, including a skating rink! There can’t be too many of those in Surfers Paradise, right?

Hutchinson Builders is doing the heavy lifting. They were approaching the halfway point of the Phase One tower when we walked by in October. The Ruby website says work will be done late this year; Hutchinson Builders is very good, but that seems to be an unlikely goal at this point in November. 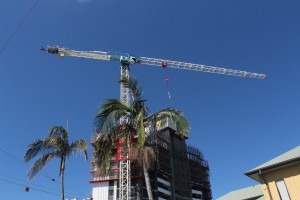 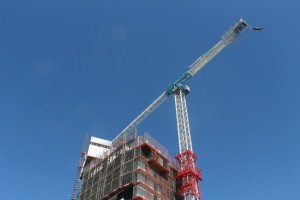 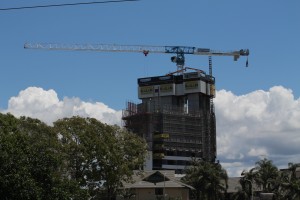 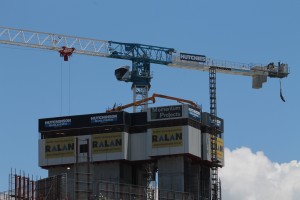 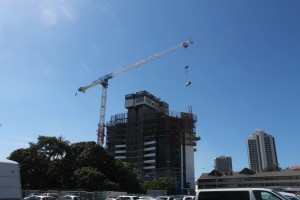 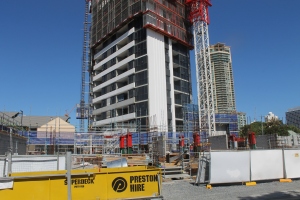 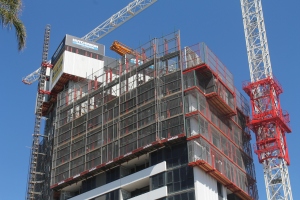 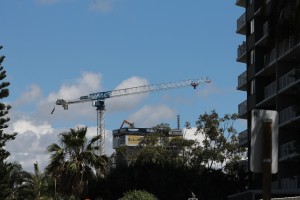 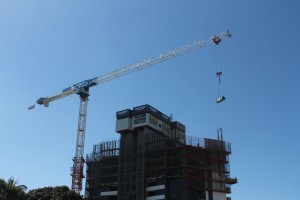 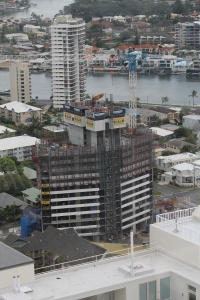 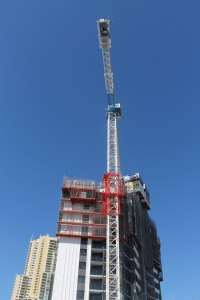 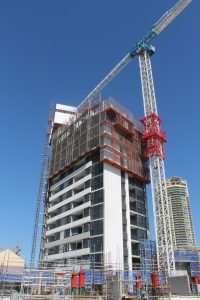