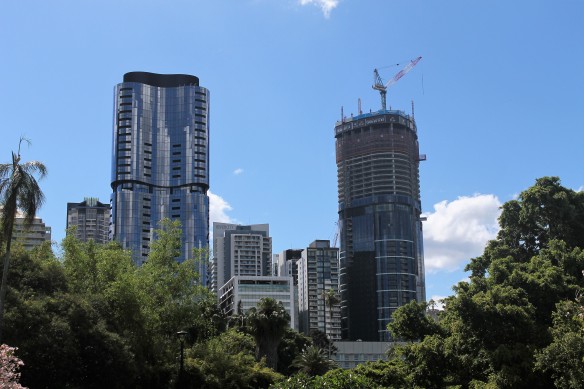 Brisbane Skytower, on the right, will be Brisbane’s tallest building. On the left is Abian Botanic Gardens, a gorgeous tower with a funny name.

Brisbane Skytower is a 90-story residential building currently being constructed in the Central Business District of Brisbane, Queensland, Australia. It has a familiar name doing the heavy labor: Hutchinson Builders, who we met in the Walan Apartments post.

Being developed by Billbergia of suburban Sydney, Brisbane Skytower will include 1135 units. of course, it’s going to be loaded with creature comforts, but the detail that stands out will be the rooftop infinity pool, which will allow residents to swim to the edge of the Brisbane skyline and look out over the city. Designed by Noel Robinson Architects, it will become the tallest building in Brisbane. 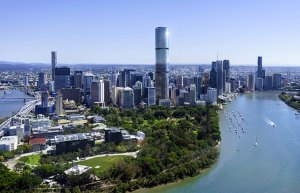 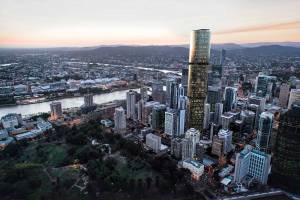 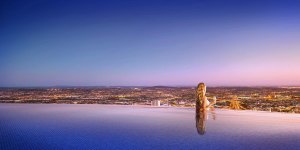 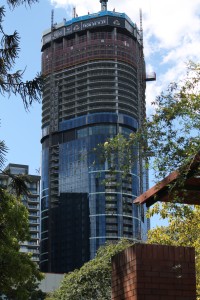 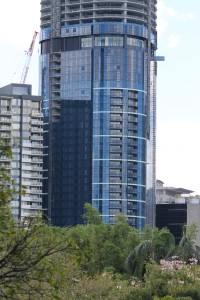 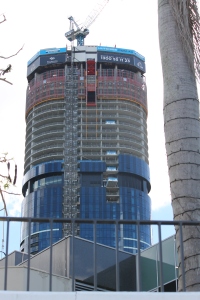 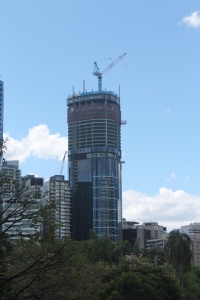 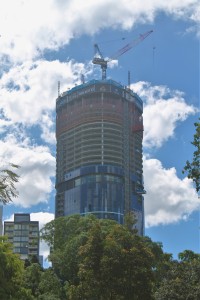 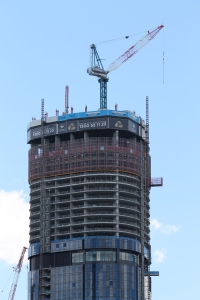 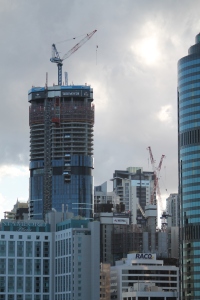 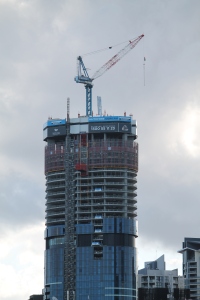 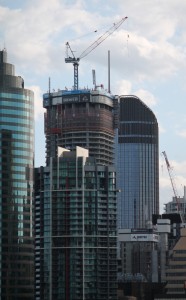 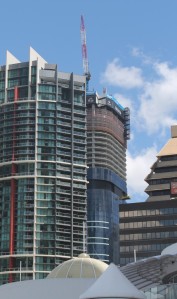 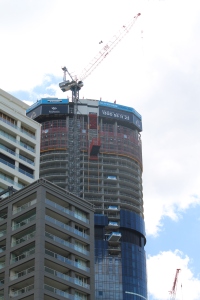 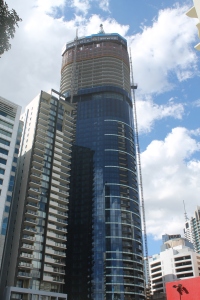 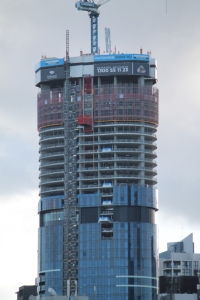 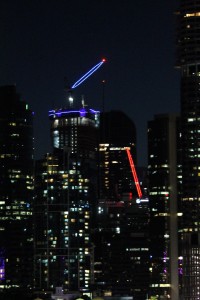 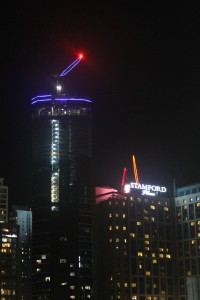 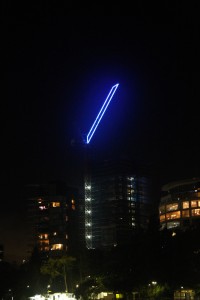 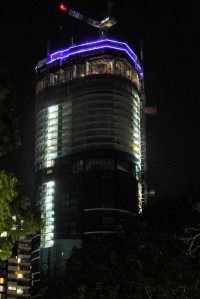 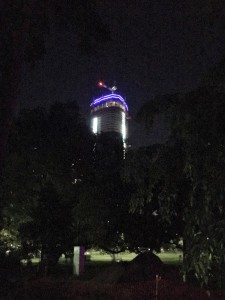 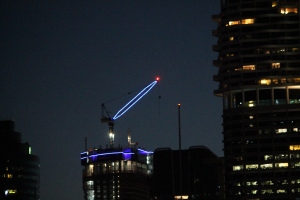 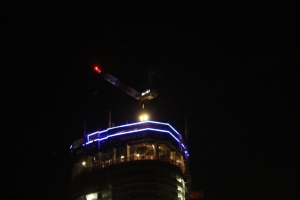 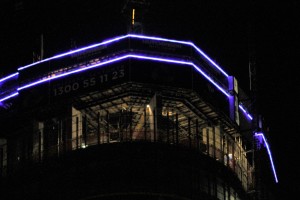 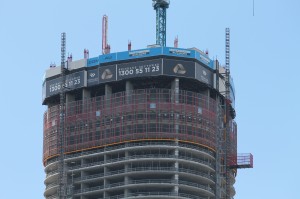 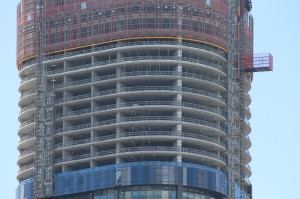 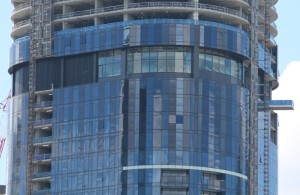 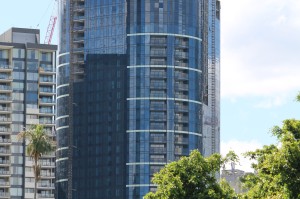 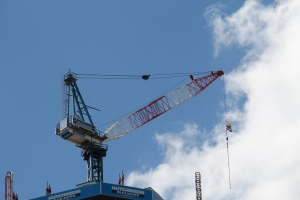