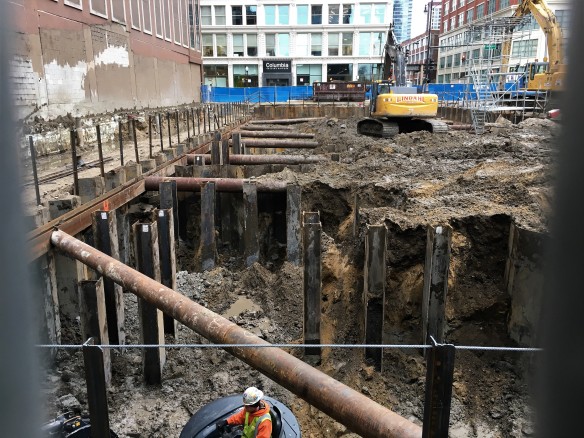 Foundation work, getting down and dirty, at 1101 South Wabash.

There’s a hotel being built at 1101 South Wabash in the South Loop. And besides it being at the corner of Wabash and 11th Street, behind the Best Western Grant Park Hotel, that’s about all I can tell you of it. Sure, the original foundation permit tells us it will a 30-story hotel. But now there’s a revised permit, which calls for a 30-story mixed-use building.

With the former two-story parking garage a distant memory, the foundation is being dug and shored up. A tower crane permit was issued February 22, so we have that to look forward to. 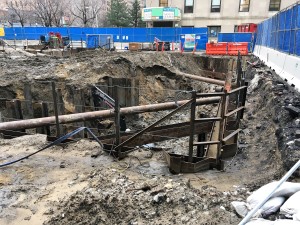 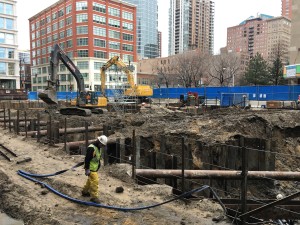 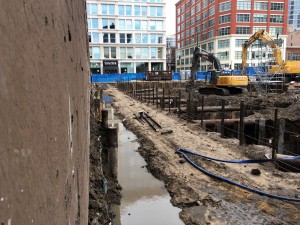 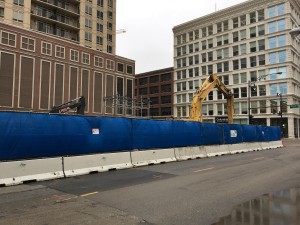 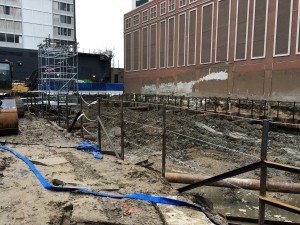 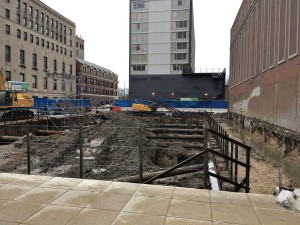 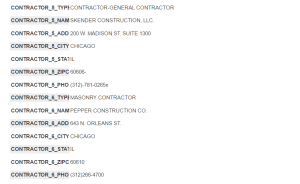 The new general contractor, according to the revised foundation permit. 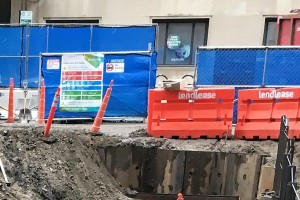 Lendlease signage remains all over the construction site. 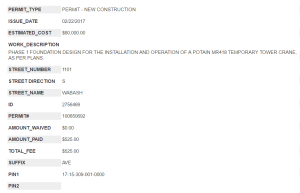