It was a monumental year for Chicago construction. And this blog was around to watch 7/12 of it. So here, in no particular order, are the 14 Best Things This Blog Saw in 2016:

When demolition is involved, nothing stirs our collective emotions like losing a church. St. Boniface Church in Noble Square got a demo permit, but was spared from the wrecking ball at the 11th hour. 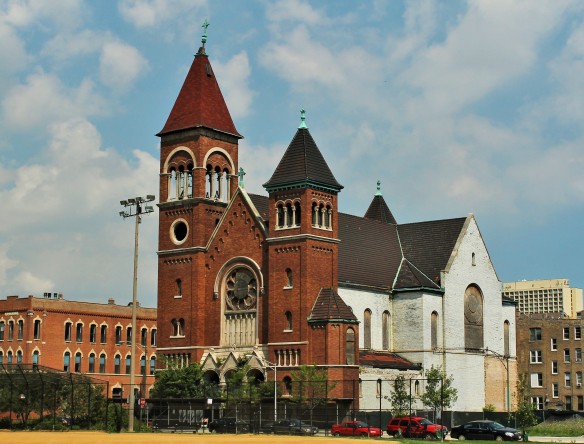 St. Boniface Church will be redeveloped instead of being demolished.

625 West Adams puts a tower crane right outside the window

625 West Adams was the subject of this blog’s very first post. I was rewarded with a tower crane right outside the living room window. And as an added bonus, the fine folks at Power Construction invited me down for a walking tour of foundation work.

625 West Adams puts up a tower crane, right outside Building Up Chicago HQ.

151 North Franklin puts a tower crane over the sidewalk

After completely misunderstanding the type of crane to be utilized at 151 North Franklin in The Loop, they erected one anchored by the coolest of iron supports, hovering above the Franklin Street sidewalk. 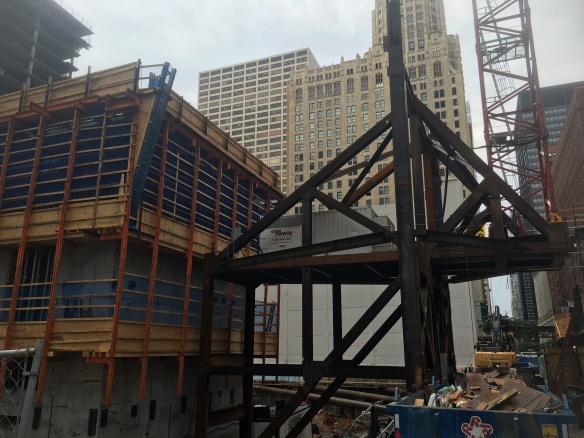 151 North Franklin floated a tower crane above the sidewalk.

The Apple Store puts up a crane three stories high

When building a two-story structure, one of which will be underground, you don’t need much height from your tower crane. Take a walk past the new Apple Store at 401 North Michigan Avenue, and you can just about high-five the crane operator.

As long as the city permits, anyone can have a tower crane. But few can match the Simpson-Querrey Center. There are *two* tower cranes hard at work on the Northwestern University facility. 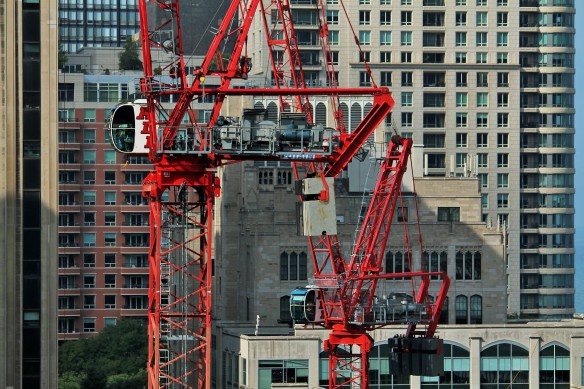 Onni Group lights up their tower crane at Atrium Village

Just as they did at The Hudson for Christmas 2015, the Onni Group decked out their tower crane at Atrium Village in Tron-like lighting.

The amazing outdoor ceiling at the Shirley Ryan AbilityLab

By all means, drive carefully at the Shirley Ryan AbilityLab! But also make sure to look up at the wonderfully colorful ceiling above the entryway. 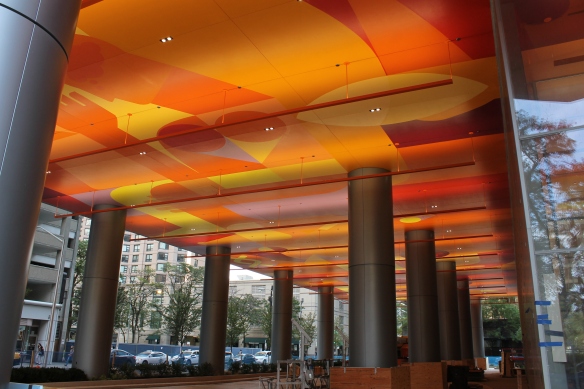 Look up at the ceiling of the Shirley Ryan AbilityLab.

Ironically, a parking garage was demolished to make room for (what’s now called) Linea. There are still parking garages remaining on three sides of the construction site, allowing for lots of different viewing angles.

One overhead angle of Linea, at 215 West Lake Street in The Loop. 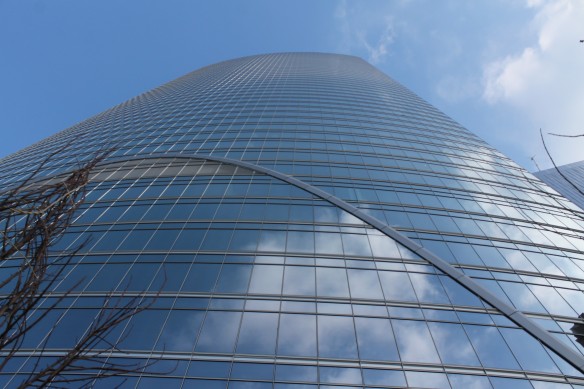 Some people think One Bennett Park looks like something New York City would build. I’m one of them. And I say that in a good way. This will be a fun one to watch. (Of course, they’re all fun.) 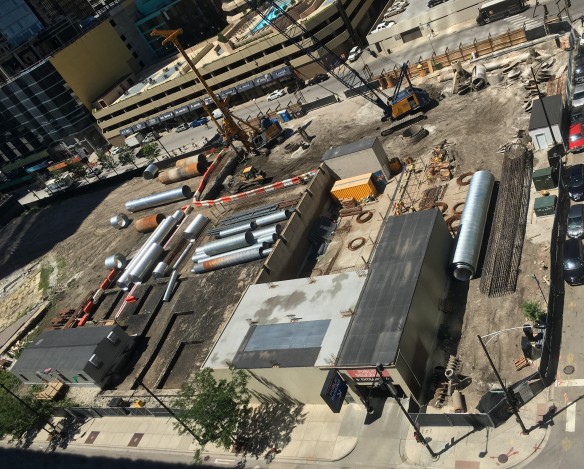 Early construction at One Bennett Park.

You know those surgical theaters hospitals have for teaching? (Think Seinfeld and Junior Mints.) Then you understand work happening at Vista Tower along Wacker Drive. With elevated observation areas all around, it’s a great place to kill a few hours, watching caissons disappear into the earth.

As part of Open House Chicago 2016, St. John Cantius Church opens its doors to the public. And for good reason. It is simply spectacular inside.

THE CUBS BUILD WORLD SERIES WINNER!! And some other stuff.

A hotel. An office building. A WORLD SERIES CHAMPION! Forget the rebuilding years. The Chicago Cubs are in a Construction Renaissance.