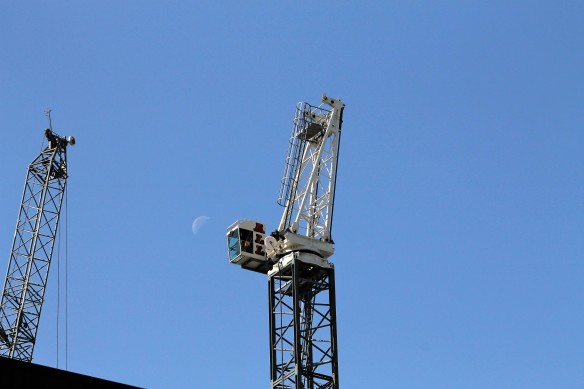 Chicago’s newest tower crane, at Hyatt House in the West Loop, gets a hand from the moon on Tuesday. 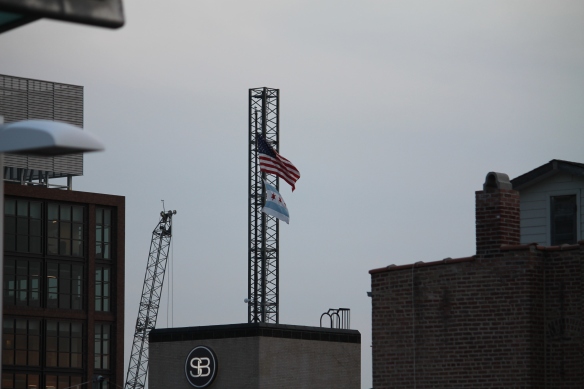 If this post had been written for May 1, Chicago would have had 29 tower cranes in the air. But things have changed in the first week or so of the month. Already in May, we’ve lost tower cranes at The Van Buren in the West Loop, and at Eight Eleven Uptown. But past is past, and now is now, so let’s look at the 28 we do have, including one–at Hyatt House in the West Loop–that was still being erected Tuesday.

***Expect another crane in the air in the very near future, as 5252 South Cornell is about to go up, followed soon thereafter by 333 North Green.

New since the March Survey:

Gone since the March Survey:

Who has tower cranes:

Where are the tower cranes:

What are they building: 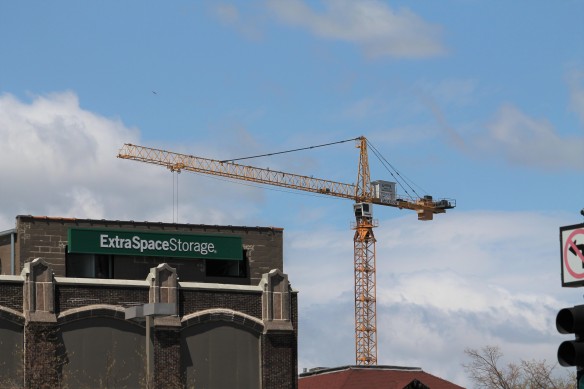 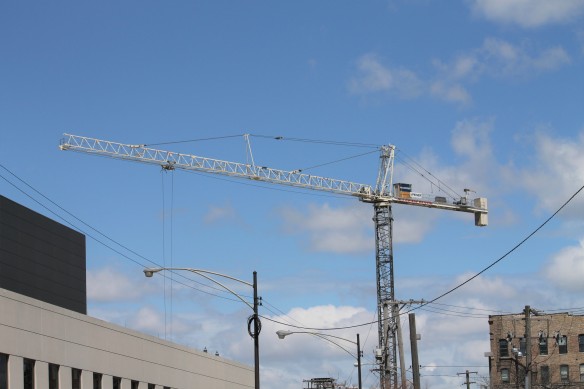 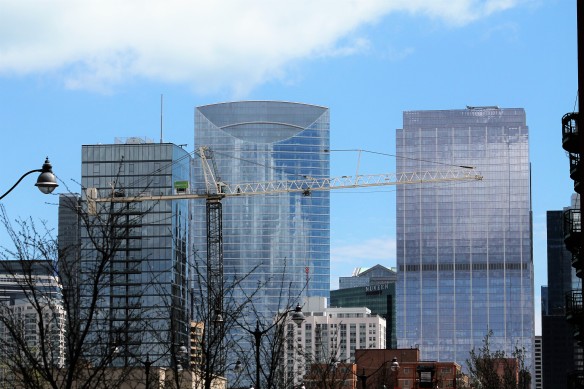 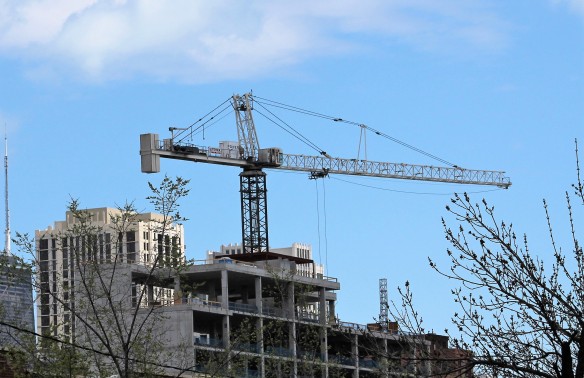 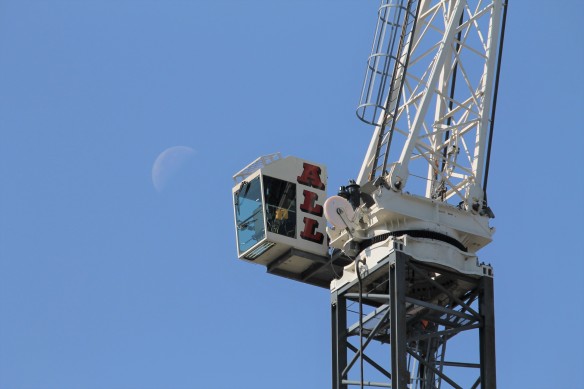 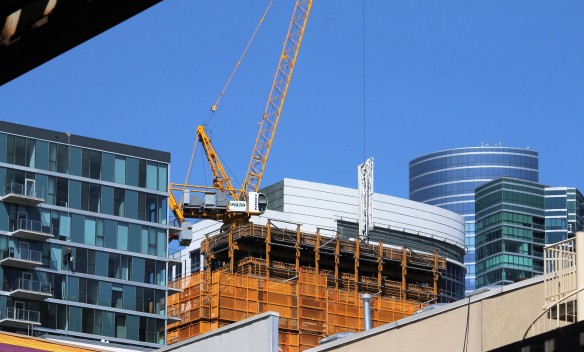 Essex on the Park (808 South Michigan) 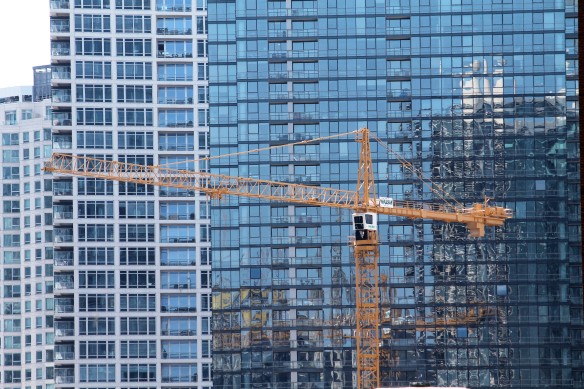 Renelle on the River (403 North Wabash) 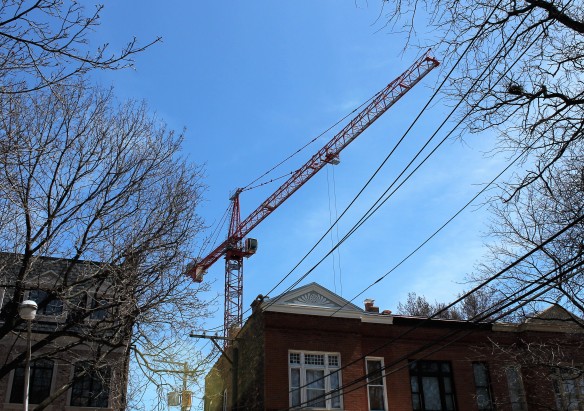 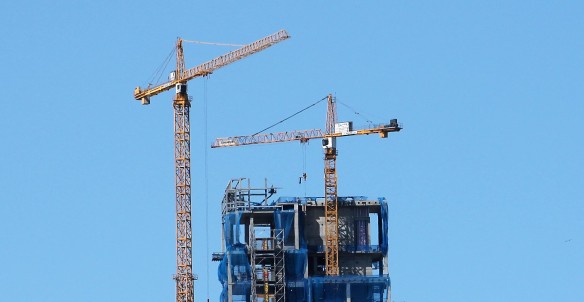 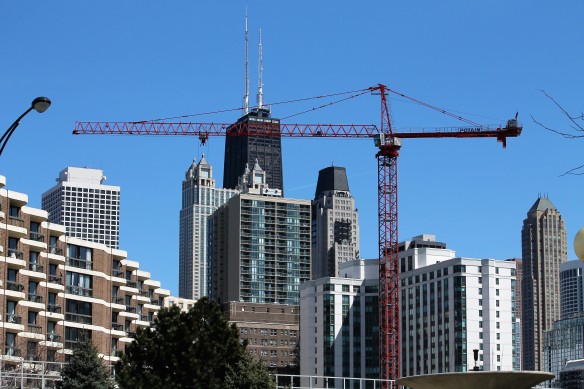 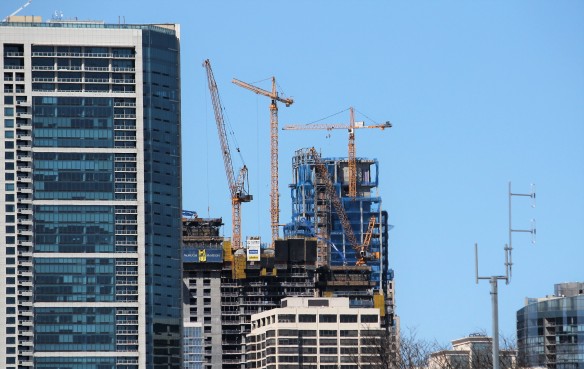 The four cranes of One Vista Bennett Tower (address undetermined)